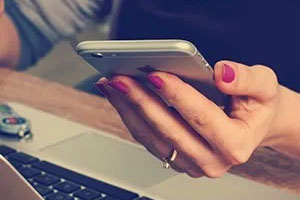 What a text message can show.

Text messages can establish that a complainant or a witness has sent messages denying an offence or offences have occurred or that they lied to the Police. They can also establish a timeline that may be contrary to their outline of events.

Text messages are only available from the Telco for a limited period of time. As soon as you become aware that text messages may be relevant in a criminal trial you should issue a subpoena to secure copies of them from the phone company.

Representatives of Telstra say the content of text messages is only kept for the day and then deleted overnight. Therefore, if you wanted to subpoena the content of a text message you would need to issue and serve a subpoena on the day of the text message. Which is completely unrealistic but convenient for the Telcos.  There is talk of the government introducing legislation to change this.

There are cases where text messages for months are produced but that is where there is an interception warrant in place.

Establishing the fact that the text messages existed is rather easy.

Subpoena the CCR (call charge records) for both mobile numbers. This will show the text message was sent and received and which phone tower it was under, establishing a location.

Recently, a Court of Appeal case dealt with a strange version of this. Strange, in that it was written on a piece of paper, they did not have the actual text:

“ Assuming that the record of that message on her phone had been deleted or was otherwise unavailable to the cross-examiner, its existence could have been proved by production of the phone upon which it is said to have been received, together with oral evidence from the receiver of it of the circumstances surrounding its receipt. Such proof would have been sufficient to establish the words used and their provenance. A jury would have had little difficulty in thus attributing the text to the complainant with such consequences as they considered followed such attribution. Even as the law then stood such a prior inconsistent statement would have constituted a significant hurdle to the complainant’s evidence of her father’s actions being accepted by the jury.”

Getting evidence of the evidence.

So that texts are not lost or deleted between the time that they are submitted to us and the trial, what we have found useful is to photograph the original text, including the time and date it was received. Also, have an expert download the texts so that you have a record and ensure the phone is kept somewhere secure so the texts are not wiped.

It is also particularly useful to present the text as a basis to subpoena the phone that it was sent from. If there is one text like that there may be a wealth of similar ones on the phone that will put a major dent in the credibility of the witness.