"Tough on crime" is failing 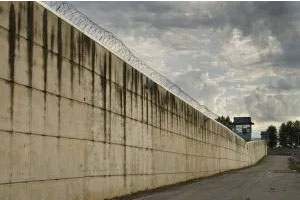 This afternoon I read a typically reflective and well argued opinion piece by Peter Nordon (Adjunct professor RMIT). He reflected on his experience in the Victorian criminal justice system for over 40 years. Essentially, he warned government against the policy path of increasing numbers and lengths of prison sentences, particularly for young people.

I can only agree with the thrust of his position.

Often my mind is an odd place and having concluded reading I started to think about the first fleet.  775 convicts transported for their crimes to an unknown and unknowable place where they didn’t belong. Crimes of theft, deception, burglary, prostitution and political protest. Transported to give some relief to staggeringly overcrowded prisons. They were followed by some 161,000 others.

That first fleet travelled for 252 days.

Oh, how the world has changed! Today I could travel from London to Melbourne in 20 hours flying time. Rather than pitching a tent, I’d book Airbnb online. And the State doesn’t transport people across the globe for stealing potatoes.

There is no endeavour of which I can think that has not seen extraordinary advances for the betterment of the human condition since 1788.

No, I’m wrong. There is one. The sentencing of those convicted of crimes.

And as we head towards a Victorian election in November 2018, much will be proposed and talked about in the sentencing of the convicted. Major and minor political parties will clamber for the mantel of “toughest on crime”, as they have consistently in recent years. No number of statistical truths which show the lack of any relationship between rates of crime and rates of imprisonment will deter them from this path.

It has led in increasing state expenditure on prisons. It has led to the breakdown of basic rights within the court system such as the bringing of prisoners before the court so the case can be heard. It has led to other bad outcomes. It has made no one safer.

And, fundamentally, the real failure of “tough on crime” is the failure of imagination. What it promises to members of our community who are victims of crime or fear they will be, is false hope and an empty and cynical rhetoric. If the purpose of sentencing in our society is the making of a safer and better community then on no count will the call for more and longer sentences will never meet that ideal.

So back to the first fleet. Hulks on the Yarra River? Perhaps not. But why is it that, 229 years after the arrival of that fleet, imprisonment is the only apparent answer that makes political sense to the question of criminal offending, lock them up and lock them up for longer?

We must all do better than that, for the future of our community.