The VLRC review of contested committals 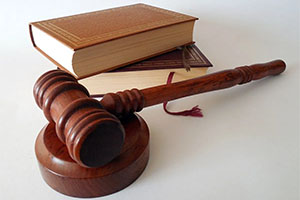 The criminal justice system is in the midst of another major review. The focus is on the contested committal system, an important part of any criminal trial.

The Victorian government has tasked the Victorian Law Reform Commission (“the Commission”) to provide a report on committals by March 2020. The terms of reference for the review can be found on the website with the following link: https://www.lawreform.vic.gov.au/projects/committals/terms-reference-committals. It promises to be extensive. The review will consider whether Victoria should maintain, abolish, replace or reform the current committal system with a focus on suggestions for improved efficiency and broader protections for complainants and witnesses.

Submissions will be sought from the legal profession, amongst other interest groups, in June 2019. The Commission intends to consult widely.

To date, the review is not producing the kind of populist media attention that recent amendments to bail and sentencing laws have received. However, this is not reflective of its possible impact on the criminal justice system and the rights of those facing criminal charges.

The value of a contested committal

A contested committal is a court hearing conducted in the Magistrates Court before a case is sent for trial by jury. It is part of the procedure of a criminal case for anyone charged with an indictable offence. Indictable offences are serious criminal charges that are often dealt with in a higher court before a judge and jury.

Committals provide an opportunity for a Magistrate to review the evidence and then determine whether it is sufficient to support a guilty verdict at trial.

For an accused a committal is about testing the case against them. It provides an opportunity to explore and understand the prosecution case, expose any weaknesses, and establish the foundations of a defence. It ensures any trial that takes place is fair.

For the prosecution it provides an opportunity to review charges to ensure only those with genuine prospects of success proceed to trial.

Contested committals are the only way to ensure timely disclosure of crucial evidence, such as, the production of documents and forensic evidence.

However, the real value of a contested committal is that complainants and witnesses give evidence. This is essential disclosure that occurs only when complainants and witnesses are seen and heard, and they are tested about controversial aspects of their evidence. It requires a level of engagement beyond the simple reading of a brief of evidence and is an opportunity to make an assessment of the strengths and weaknesses of a case before trial. It benefits the interests of both prosecution and defence and ensures committals result in negotiated outcomes or narrowed issues for trial.

Greater protections for complainants and witnesses

Not all complainants and witnesses who give evidence in a criminal case will be required to give evidence at a contested committal. It always depends on the type of criminal case and the nature of the evidence they will give.
There is frequently debate at the committal mention stage about the number of complainants and witnesses requested and proposed topics of cross-examination. Magistrates act as gatekeepers limiting issues and witnesses to only what is strictly necessary in each case consistent with legislative requirements.

Further, there has been recent legislative change that has targeted categories of complainants and witnesses in need of greater protections. For example, contested committals cannot be held in sexual offence cases if the complainants are children or the person has a cognitive impairment at the time the proceeding commenced (a cognitive impairment is defined as mental illness, intellectual disability, dementia or brain injury). This ensures vulnerable complainants in sensitive cases do not have to give evidence more than is absolutely necessary.

Finally, the recent changes have also limited the right to cross-examine a complainant or witness in pre-trial hearings in the higher courts after the matter has been committed for trial (formerly known as Basha hearings after the case name of the authority that established the process). Now, the court must only allow pre-trial cross-examination of witnesses to take place if it is necessary in order to avoid a serious risk that the trial would otherwise be unfair having regard to legislated considerations, and there is no automatic right to cross-examination if a complainant or witness was unavailable to attend the contested committal.

These legislative features currently operate to afford protections and limit the number of complainants and witnesses who give evidence at contested committals. There is a risk that further legislative change which diminishes the rights to hear and see the witness in a contested committal will only serve to deny prosecution and defence the opportunity to engage in valuable disclosure.

New South Wales commenced significant changes to the committals process in 2018. It was reported that the changes in NSW had received the support of victims groups but not the NSW Bar Association.

The changes in NSW involved encouraging senior prosecutors to exercise greater discretion in reviewing whether cases should proceed to trial and stipulated case conferencing requirements and sentencing discounts to encourage early pleas. It changed the threshold requirements that need to be established for complainants and witnesses to give evidence at a committal. The objective was to reduce the number of complainants and witnesses required to give evidence and reduce the backlog of pending trials and sentencing matters.

In the absence of detailed commentary and data assessing the impact of the changes, it is too soon to contemplate similar changes in Victoria. Victoria would benefit from a review of the merits, or otherwise, of the NSW changes before moving to integrate similar systems here. If not, there is a risk that any mistakes made in NSW will simply be repeated.

Improved procedural efficiency and greater protections for complainants and witnesses will always be an attractive prospect for many involved in the criminal justice system.

However, the contested committals process as it currently operates is valuable. It is inevitable that there will be cases that will benefit from complainants and witnesses giving evidence before trial, and in some, more than once. There can be any number of reasons for this depending on the nature of the evidence and criminal charges. If changes to the current committals system focus on further limitations about how and when this occurs, it may only frustrate opportunities to resolve matters, and shift the pressure on the court system to a later stage by increasing the number of pre-trial applications in the higher courts.

It is therefore desirable that the Commission takes a cautious, properly informed approach to significant change to contested committals, and one that does not simply embrace increased efficiency and greater protections that reflect the current political climate.

Clearly, the review presents a significant opportunity for those who advocate on behalf of accused persons to articulate the benefits of contested committals for the broader professional and public interest as well as the accused.