The Tyson debate brings history into the spotlight 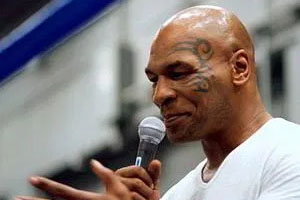 I’m going to weigh in on the recent kerfuffle about boxer Mike Tyson coming to Australia next month to head up a motivational speaking tour.

Let’s talk about Mike Tyson. And his background. Because, the back-story is always relevant in the judgment of clients that I represent and factors in the outcome of their cases. By Mike’s own admission, he has made some monumental mistakes. He’s got the hard-luck background.  He was not raised in a nurturing environment. He was given a break by someone who believed in him and taught him to believe in himself. Then he escalated lightning-fast to the heights of superstardom. Money. Fame. Spoils. So many men before him have been sucker-punched by the pitfalls of the false economy of that boon time… His trade was violence. He became a success by being the man who could pummel his way to the top. Not by being shrewd, erudite or altruistic. He is candid and contrite about some aspects of his past. Including the violence, drugs and mindset he inhabited.

The issue is here Mike’s prior conviction, in 1992, for rape. This is, apparently, the sticking point, resulting in a cancellation of his visa for New Zealand and leading to serious consideration by the Federal Government of doing the same thing here in Australia.  It would appear that, despite the age of the conviction, the old adage ‘time heals all wounds’ does not exactly ring true.

Australian women’s groups have been the most vocal when it comes to opposing Mike’s visa, relying on New Zealand’s decision to revoke his visa and citing his “violent” past as reasons why his visa should be cancelled.  Politicians including Ted Ballieu in Victoria and Campbell Newman in Queensland are taking a jab as well. Essentially, they all declare that Mike’s past history of violence means that he is not the sort of person that should be allowed into the country. This is despite the fact that:

Mike’s visa application was assessed by the Department of Immigration and Citizenship in keeping with the ‘character’ provisions of the Migration Act, just like every other visa applicant with a criminal history, where the pros and cons of his visit were scrutinised.

Apparently – well, according to news sources – the decision to grant a visa was touch-and-go for a while, with the Federal Government eventually deciding in favour of Mike. However, according to an ABC News report, he has “been formally warned that visa holders are expected to respect Australia law and not cause or threaten harm to individuals or the community, and that any such conduct may result in him having his visa cancelled.”  Well, duh!  These are the community expectations that apply to every single member of society – citizens or visitors alike – aren’t they?  It is good to see that the Immigration Department – perhaps not generally known for their caring and empathetic attitude – did give Mike the benefit of the doubt. They didn’t have to. They could easily have followed in New Zealand’s footsteps and outright refused the application for a visa.

And this all brings me to my point. Your criminal history never leaves you. Regardless of context or fame or success or popular opinion.

One of the more frequently-asked questions we have to answer as criminal lawyers in Melbourne is “But my conviction disappears after 10 years, right?”  Wrong.  It is with you for life – whether you travel overseas, submit to police checks for employment purposes, or just generally in your day-to-day life.  A conviction is forever (you know, like diamonds are, just not as blingy). It is in this context that the submissions that we, as lawyers, make on behalf of a client urging a sentencer to impose a penalty without conviction assume such importance.

And I guess that could be like having to fight your remaining rounds with one hand strapped behind your back.