The right to silence 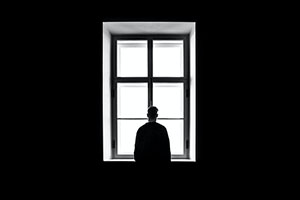 I was surprised to come across an online article on the ABC news website this morning which reported a murder trial in Western Australia. The article is titled – ‘Accused Claremont Serial Killer Bradley Edwards shocks trial by not offering a detailed defence’. As the title suggests, the article described how the accused (who is charged with three counts of murder from the mid-1990s) did not offer a defence in response to the Prosecution’s case. The Prosecution called over 200 witnesses. The article went on to comment – ‘Mr Yovich (the accused’s barrister) did not call any fibre or DNA witnesses, as had been expected’.

The issue that I have with this article is that it insinuates that is unusual for an accused person to not offer a defence at their own trial. Moreover, the use of the adjective ‘detailed’ in the title is also problematic because it suggests that there is a standard or quality of defence that an accused ought to provide during their trial. This is not the case at all. The onus is on the Prosecution to present evidence to prove their case beyond reasonable doubt. An accused person has the right to sit silently in their trial and not produce any evidence regardless of the quality of the Prosecution case. The jury must not draw a negative inference from an accused’s silence.

Sadly, more people will read this ABC article than my blog. There is a risk that readers who are untrained in the law will conclude that it is unusual for an accused to call evidence at their own trial. The harm may be perpetuated if those readers are selected on jury panels in future trials and carry this bias with them.