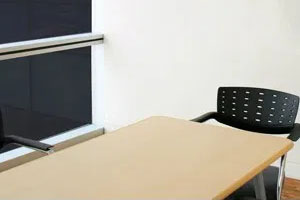 The interview is often the most crucial component of a criminal prosecution.

The approach is consistent and typically, the match-up is disparate. In one corner you have a professional questioner pitted against an individual who, apart from being extremely stressed and anxious, has a general lack of understanding about the process of a criminal investigation and how it works.

What you need to know about a Police interview can be learned right now and the first key point is: If the Police are interviewing you on video they are not trying to help you.

They are not seeking your version of events to weigh up against someone else’s and peruse the evidence objectively to decide if you are guilty. Ninety percent of the time they have concluded that you are guilty and they are just trying to confirm it.

If you deny the central allegation it makes not one iota of difference. They have already decided.  So, what is the point of the interview for a defendant? The answer is simple: Generally, absolutely nothing good comes out of an interview.

If you have a version of events to tell, then do it on your own terms. Not when you are being questioned by the Police in the small hours of the morning and are under duress or feeling distressed.

As most criminal lawyers can attest, many cases arrive at our desks where the client has destroyed any possibility of successfully defending their case by what they have disclosed in the interview.

You should always discuss the interview with a defence lawyer before you participate.

The law differs by jurisdiction; however in Victoria it advisable to conduct what is commonly called a “no comment interview”. The premise is simple; you reply “no comment” to the questions directed at you. That interview is then not admissible in evidence so it is effectively completely neutral.

I routinely encourage my clients to say “my lawyer has advised me to say no comment” in answer to each question. It effectively deflects some of the annoyance felt by the Police away from the client and towards me.

Now to the second key point and the underlying principle of this rationale: Citizens have few rights in reality.

You have limited power and resources compared to the Police. You do have a right against self-incrimination. If the State can prove you did something wrong, so be it. But the onus is on the State to prove it; you do not have to prove it against yourself.

There is a misconception that if you are not guilty, that is protection itself and anyone in the system knows that is a foolish approach.

An experienced Officer accepts that they will never trip you on the central allegation. Their intention is to commit you to some other seemingly irrelevant matters where, once they can showcase an untruth, they present the argument to a jury “Why would you believe him we know he lied to the Police in the interview.” Those lies may not mean you are guilty of anything just that you have not wanted to tell them who else was at the scene of an alleged fight, or any other peripheral detail you have chosen not to disclose.

It has been implied that submitting a “no comment” interview indicates you are guilty of something. Au contraire, my friends; Police and Lawyers often do a “no comment” even if they have done nothing. Because they know and understand what underlies the purpose of an interview.

The next key point is significant and also surrounded by misconception: This is not your last chance to speak.

You can go back the next day or a week later and tell the Police what happened. You can get your lawyer to write out your instructions and provide it to the Police. However, you should do this on your own terms and not when being pressured by a Police Officer.

If an Officer advises you that you won’t get bail unless you make a statement they have a reason for doing that and it isn’t because they are concerned about whether you can get bail or not. They need your statement to make the job easier.

There may be situations where you would go in and tell the Police everything in an interview. I have advised clients to do this at various times; however, this is a strategic action as I have considered the process and how this could be an advantage to the client.

The final and most crucial point is this: Make sure you have proper advice.

And to close, my clients also take with them these handy interview suggestions: