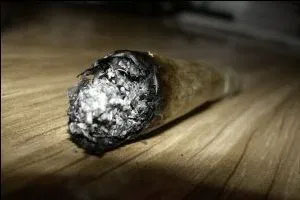 Injecting rooms one month, harsher drug laws last month. Welcome to the roller-coaster of the war on drugs minus a strategy.

From 1 November 2017, it will be illegal to produce, sell or advertise any substances that have a psychoactive effect, including synthetic cannabinoids.

These changes not only ban the sale and advertising of these substances, but the Act now ensures psychoactive drugs are covered in current police search, seizure and forfeiture powers.

Under the old laws, the VIC legislation only banned specific ingredients and formulas. Even those laws were not really based on science as much as impression as to whether something was good or bad. Much of this anecdotal evidence seemed highly flawed from our perspective.

The reforms now cover “any substances that have a psychoactive effect, including synthetic cannabinoids and ecstasy”; these changes move towards a blanket ban, therefore substances no longer have to be analysed and proven to contain the compounds that are already banned.

This creates a situation where these are incredibly wide laws that capture all sorts of substances.  A “psychoactive effect” is a weird concept that could be extended to a number of items that it was not intended to cover.

These changes affect retail outlets such as adult stores and tobacconists. Those charged with distributing such drugs face up to two years in prison or upwards of $37,000 in fines.

In a week where Victorian Government has unveiled a plan to trial a safe injecting room in North Richmond, these changes seem a preposterous side-battle of the war on drugs. The reality is that people forever have and are always going to experiment with mind-altering substances and this “crackdown” is a waste of resources that could be used to better tackle drugs as a health issue, rather than a criminal one.

Drugs are a public health issue. Always have been and in the future always should be if we seriously want to help those blighted by drugs.