Home » Criminal Law » Suspension of reporting obligations under the Sex Offenders Registration Act 2004 – What are the benefits?

Suspension of reporting obligations under the Sex Offenders Registration Act 2004 – What are the benefits? 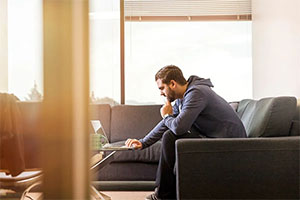 Registrable offenders are not all creepy men wearing trench coats watching children at playgrounds. Many of them are ordinary people who did the wrong thing. They could include a 20-year-old manager at McDonald’s who has consensual sex with the 17-year-old cashier.[1]

Unfortunately, once you’re on the Register, it’s very difficult to get off. The only way to be removed completely is to apply for an Exemption Order under Section 11A of the Act. This is only available for people who were 18 or 19 years old at the time of the offending, and thus excludes many offenders.

In deciding whether or not to suspend an offender’s reporting obligations, the Chief Commissioner must take into account:

It is very difficult to convince the Chief Commissioner to suspend an offender’s reporting obligations. For instance, if the offender has forgotten to report a couple of times, these breaches can be used against them to justify refusal of their application.

Our firm has had success with suspension applications, but only after a lot of research and hard work.

We assisted one of our clients to apply for suspension of his reporting obligations. He was a 30-year-old man who had consensual sex with a 15-year-old girl whom he believed was over 16 (but he did not have reasonable grounds for this belief).

Before we even stepped foot in the Supreme Court, the Chief Commissioner offered to suspend our client’s reporting obligations. This was a fantastic result which changed our client’s life.

So what are the benefits?

If your reporting obligations have been suspended, this means that:

Basically, suspension means that life on the Register is a lot easier. It means the police have acknowledged that you are of low risk to society and you do not need to be monitored.

Most importantly, it means freedom.

[1] See Section 49C of the Crimes Act 1958.
[2] 271A.1 of the Criminal Code 1995 mandates that registered offenders with reporting obligations commit an offence if they leave Australia without permission of a competent authority.
[3] Section 14(1)(h)(i) of the Sex Offenders Registration Act mandates that a registered offender must be report a tattoo.