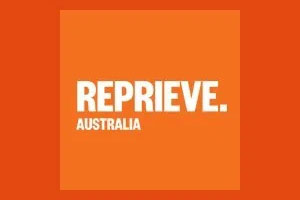 Many Australians and members of the international legal community are still suffering from collective shock following the execution of Australians Andrew Chan and Myuran Sukumaran alongside six fellow prisoners on 29 April 2015.

In the years, months and then weeks leading up to the executions, Reprieve Australia’s Mercy Campaign led international lobbying efforts to halt the executions.

Reprieve Australia is part of a global organisation that stands for a world without the death penalty.  Reprieve is supported by a worldwide network of volunteers and supporters.
Reprieve arranges for volunteer lawyers and interns to work in the USA and South East Asia, to provide legal and humanitarian assistance to activists, lawyers and prisoners.

Ursula Noye is the Vice-President of Reprieve Australia and came to have a chat with our lawyers this morning. Ursula says that Reprieve is “against the death penalty for everyone, everywhere”. Reprieve Australia was founded in Melbourne in 2001 by two criminal barristers, Richard Bourke and Nick Harrington.  Reprieve Australia’s purpose is to provide legal representation and humanitarian assistance to those at risk of execution anywhere in the world, regardless of whether they are Australia.

“This campaign is more than just about myself or Myu. It represents a second chance and forgiveness, it represents kindness and help for those in a helpless situation. Mercy represents all of us here.
I would like you to take a moment and reflect just on the word mercy. Please don’t let this just be about myself and Myu, but about others all over the world who need your help.”
— Andrew Chan