Social media and the criminal justice system – Friend or foe? 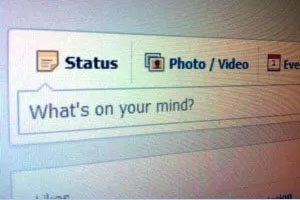 Since the tragic murder of Jill Meagher last week, social media – in particular its impact upon the criminal justice system – has featured as the subject of intense debate in news media and reporting.

In the wake of the tragedy, Ms Meagher’s husband addressed the public on this very issue, making a prudent and polite plea for the public to exercise caution in what they post on social media sites such as Facebook and Twitter. In his address, Tom Meagher asked the very public that had shown such an overwhelming outpouring of support to keep their online posts to a minimum. However, despite his request for restraint, within hours of Adrian Bayley’s arrest there were numerous Facebook pages (usually created anonymously) calling for Bayley’s blood and advocating for the reintroduction of the death penalty.

As this is a case and an event that has resonated so profoundly with the Melbourne public, impassioned proclamations and heartfelt cries of outrage have peppered tweets and status updates this past week that have then been shared and circulated and sparked further commentary. In his time of sorrow, Tom Meagher understood what the general public seems to not. This public demonstration, the online publication of people’s thoughts and feelings can have a very real and profound impact on the treatment of the accused man.

It has become an important consideration that, in this age of technology and reliance upon social media, something is heading due north and escalating in magnitude.

So, what makes social media the enemy of the criminal justice system?

In a presentation to the AIJA in September 2011, Kerry O’Shea, Public Affairs Manager of the Law Institute of Victoria addressed the issue. Kerry pointed to the increasing use of social media in relation to court trials and to the Supreme Court’s Chief Justice, Marilyn Warren’s commitment to the use of social media as a means of communicating the work of the court, referring directly to blogging, regular website updates and, potentially, Facebook (the Supreme Court already has a Twitter account: @SCVSupremeCourt).

Questions posed by Ms O’Shea were relevant then and they remain so;

All of these questions have at their heart the ultimate question, being “Where will courts draw the line when it comes to use of social media?”

Evidently, there are inherent problems with blogging, tweeting, or posting to Facebook in relation to criminal trials.

On the first point, everyone’s an expert, aren’t they? Communities have a vested interest in the law, but not many members have an actual working knowledge of the law. While journalists are, by and large, aware of their obligations when it comes to reporting matters that are before the Courts, the general public are not. And, when it comes to social media, everyone feels the need to speak out.  While there have been a number of civil actions launched against individual tweeters in the recent past, the question of whether liability extends to Twitter and Facebook as publishers of suspect posts is still up for debate.

On the second point, s 78A(1) of the Juries Act 2000, introduced in August 2008, makes it an offence for a juror (or member of the jury panel) to “make an enquiry for the purpose of obtaining information about a party to the trial or any matter relevant to the trial, except in the proper exercise of his or her function as a juror.”  The legislation is specific about what “making an enquiry” includes and cites as an example “Using the Internet to search an electronic database for information” (s 78A(5)). The maximum penalty for doing so is a fine of about $16,000.  In the UK in 2011, Joanne Fraill became the first juror prosecuted for contempt of court after she was discovered chatting with a defendant on Facebook; she was sentenced to serve 8 months in prison. Additionally, the jury was discharged as a result of Ms Fraill’s actions, resulting in enormous costs, apparently running into the millions; the cost of having to start the trial over. A slightly different approach was adopted in the US when a 20-year-old juror posted on Facebook that it was “gonna be fun to tell the defendant they’re GUILTY”.  Instead of jail, he was fined $275 and ordered to write a five-page essay about the constitutional right to a fair trial. And it does happen here: a juror in a criminal trial in Victoria posted on Facebook that “everyone’s guilty,” resulting in the discharge of the jury. In July 2012, photos of Kieran Loveridge, accused of murdering NSW teen Thomas Kelly, were plastered all over Facebook and Twitter along with the words “murderer” and “monster”. The similarities between the Kelly case and the Meagher case are striking.

On point three and further to the above, in this country it is a fundamental human right to have access to justice and a fair trial. Fair trial and fair hearing rights stipulate that all persons are equal before courts and tribunals and have the right to a fair and public hearing before a competent, independent and impartial court or tribunal established by law.

So, what is the impact of this in the case of Adrian Bayley being charged last week with the rape and murder of Jill Meagher?  Since his arrest and charge, a number of hate-inciting pages directed at Bayley have begun to appear on Facebook, despite a plea from Victoria Police to take them down.  Mainstream media today reported that Victorian premier, Ted Bailleau, was unsure whether social media sites had any impact on the jury system but that he would speak with the Victorian Law Reform Commission about whether legislative change was necessary to address the issue.

The impact of social media affects one of the fundamental tenets of the criminal justice system: the presumption of innocence.  For a community to be exposed to a social media that appears to disregard that presumption and jump straight to ‘guilty’ without trial or evidence could prove problematic for that community.  The notion of independence and impartiality that can easily be corrupted by the constant stream of information may, if you haven’t quite figured it out, actually impact adversely on what is the best possible outcome here – for the Courts to do their job and justice to be served.