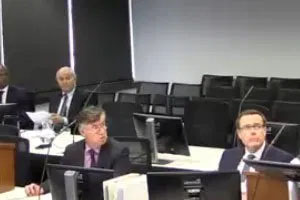 As a law firm that specialises in Royal Commissions we tend to keep an eye on the latest developments.

Financial support for people and organisations interacting with the Royal Commission

It is very important to know that there is a pool of funding for legal fees provided by the Attorney General’s Department (AGD). People or organisations should not feel intimidated by the thought that they may have to pay legal costs.

Generally, the legal fees will be covered by the AGD (as in previous Royal Commissions).

There is clearly an understanding that many providers are smaller organisations or not for profits for who significant legal costs would be a burden. So a significant difference from past Commonwealth Royal Commissions is the AGD may fund organizations who can show they will be facing financial hardship as a result of legal costs. Organisations need to check their eligibility for AGD funding.

The Royal Commission into Aged Care Quality and Safety will hold its preliminary hearing in Adelaide on Friday, 18 January 2019. This will be followed by hearings involving the appearance of witnesses in Adelaide in February and March, and in other locations around Australia in the following months. There will be details of hearings in Victoria announced during 2019.

Online or other submissions

An online form for submissions from individuals will be available at some stage soon on the Royal Commission website . Guidance as to making submissions in other ways will also be available.

If you or someone you know is concerned about the Aged Care Royal Commission you may be able to find or lend a helping hand by downloading a copy of our educational e-book Appearing Before a Royal Commission.

Doogue+ George are happy to have an initial free discussion with anyone, or any organisation, who is going to make a submission, be a witness, or provide a response to assist in understanding about how the Royal Commission will run or to see if you are eligible for funding.