Royal Commission into misconduct in the banking, superannuation and financial services industry 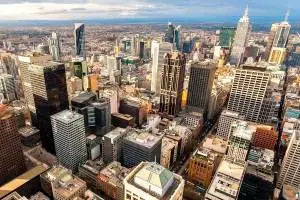 It is interesting to reflect now on how this Royal Commission will proceed and on what lessons can be learnt from the recent Royal Commissions. What follows is not a legal opinion but really just my musings on some of the issues that arise.

It is inevitable that the current 12 months until the final report will not be the final time frame.

The Royal Commission into Institutional Responses to Child Abuse initially had a final report date of 31 December 2015.  On 7 December 2017 they released a further report into the Newcastle Diocese and they still have many more case study reports to release. The Executive granted a 2 year extension.

The Royal Commission into Trade Unions was initially a 12 month timeframe but was extended by the Executive for a further 12 months at the request of the Commissioner.

The Report of the Royal Commission and Board of Inquiry into the Protection and Detention of Children in the Northern Territory was tabled on 17 November 2017. That Royal Commission was established in February 2017 with 6 months to report and was again extended.

As can be seen there is a tension when a Government is establishing a Royal Commission. The Executive wants to contain scope and limit parameters. Both are laudatory propositions, but somewhat fanciful. Commissioners often have a different perspective.

Terms of Reference change as issues arise. There is nothing to stop the Commissioner from going to the Executive and asking for a change or extension. Sometimes they are seen as being inadequate or ill-defined. Sometimes, matters arise in the running deserving of investigation and report.

How to Deal with Clause 4 of the Draft Terms

The Commissioner in the Banking Royal Commission having been a High Court Judge will be formulating a position on the terms of reference and how to deal with:

“4. However, the Commission is not required to inquire, or to continue to inquire, into a particular matter to the extent that to do so might prejudice, compromise or duplicate:

or b) a criminal or civil proceeding.”

This clause is strange in the sense that normally there are protections that flow under the Royal Commission Act itself and this seems to be extending that position.

It seems to be that clause 4 potentially takes out of the purview of the Royal Commission a large number of matters that have public notoriety. But, this may be the point. It may be that some bank employees would seek a broad application of this clause and others would not.

Which brings us to conflict.

Conflict and Circling the Wagons

Understandably, the Banks have retained large law firms and are wanting to circle the wagons to protect themselves.

However, it is inevitable that conflicts of interest will arise between Banks and their staff. Not just ex-staff who have been sacked but also good staff who are not at any risk of losing their jobs.

It is always difficult to predict who those people will be or the conflict involved.

As an example, if one person is trying to assert that they should not give evidence because of section 4 and one is happily giving evidence, can they be represented by the same lawyers? Or what if the employee is mildly critical of one aspect of the Bank’s process or procedures while the Bank is maintaining there is nothing wrong with that process. Can the Bank’s lawyers also represent that person?

We acted for over 20 people in the Northern Territory Royal Commission. Many of them were people who were still working for the NT Government but it was perceived that the NT government lawyers could not represent their interests and those of the Government.

In the Royal Commission into Institutional Responses to Child Abuse, our firm acted for more than 20 people at the various case studies. A number of them were ex-employees of institutions, the actual decision makers in the historical matters under investigation.

Senior management within the Bank are likely to be represented by the company lawyers. But how will a Royal Commission play out? It is not a Senate hearing. Any attack on the Banks is likely to come from the “low hanging fruit” of scandals presented as case studies. This will be in part because of the tight time frames. Counsel assisting will have to focus on issues that they can find easily.

If history is any guide, the Commission, at least in part, will examine untoward behaviour at employee level, particularly sales staff in retail banking, financial and superannuation transactions. Senior management will then be asked to respond in public, as unfair as that may appear. Why did you not know? How could you not know given “x” or “y”. Or worse still, “given this email to you what was your legal advice?”

If I was in a Bank or financial institution, I would be seeking to educate staff about Royal Commissions and how they run in reality.

Being educated about a process makes for better decision-making.

Who do I go to if I receive a summons or a call from the Royal Commission? Should I make a statement? Can I tell my supervisor that I’ve been contacted? What actually happens when you give evidence?

Reputational damage to people and institutions is going to come from not recognising how Royal Commissions work in reality and preparing fully for that process.