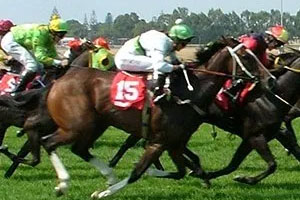 Greyhound racing attracts quite a large amount of betting and consistently draws a large crowd of punters to Victorian arenas Sandown Park and The Meadows. We have recently appeared at the Greyhound Racing Victoria Racing Appeals and Disciplinary Board and after being immersed in the arena of this popular pass-time, were regaled with some fascinating tales. Some of which you could regard as tall; those below have all been authenticated by reliable sources.

In the 1940’s the old and quite notorious White City track in Melbourne was shut down. When workers lifted the starting boxes for removal they discovered a tunnel underneath. The tunnel was used by its constructors to get their hands into the boxes and hold the foot of an ‘unwanted’ runner to make it miss the start.

More recently, an elaborate attempt to rig a distance race at Angle Park came unstuck only hours before the event. A person or persons unknown attempted to gas runners in boxes two through to eight in a distance event, leaving the box one greyhound untouched in the Bob Goldsworthy Auto Stks. The setup was discovered by an Adelaide Greyhound Racing Club track official when preparing the track for the night’s racing. A gas canister, believed to contain liquid ammonia was found buried near the track in a plastic container. Tubes led from it to seven of the eight boxes at the distance start. The official became suspicious when he noticed a different colour sand in front of the boxes than was usually there and when he started raking it, the tubes were discovered. The AGRC immediately contacted the Police. Members of the Police technical services detonated the container as it was thought it may have contained a bomb. The device was set up on the Wednesday night before the meeting as the boxes have been used regularly on Tuesday nights for trials. Pre-post markets had “Irish Patrol” at 1/3 to start from box one so if that was the race to be used, whoever set up the device must have been prepared to gamble heavily on the greyhound to reap any sort of regard for his troubles. Irish Patrol is trained by Jack Godfrey, a committeeman of the Adelaide Greyhound Racing Club and he did not know of the discovery until he arrived at the track.

“It was nice to know someone wanted to give me a bit of help,” he quipped on learning about the race rigging attempt. The help was not needed as Irish Patrol won easily. Mr Ashton said after the night’s racing that discovery of the device was confirmation that the track security at Angle Park is excellent. “I’m confident that any attempt to rig a race in a manner such as this would be discovered before the event,” he said. It is unfortunate the story was linked to the media on Thursday afternoon as Police may have had some chance of catching the culprits if it was not.

A novice female trainer had been trialing a very fast dog for some months but found she had been unable to train it to start cleanly from the boxes. As a consequence, the dog was usually last away and was left with the enormous task of rounding the field. She approached a wily old trainer who had noticed the dog’s cruising speed and that is was, (unfortunately) usually very slow to begin. He agreed to help her, only if she allowed he and his colleagues to have first crack at the odds on offer in an actual race.

Desperate to train a winner at her first try, she took his advice and on the night of the race accepted his instructions and a small shopping bag containing a kerosene soaked rag. On placing the dog in box 4, she covertly wiped its bottom with the rag and closed the spring loaded gate, extremely excited at the possibility of training her first winner. As the lure rounded the turn and passed the boxes to start the race, the traps sprung open and seven of the eight runners started evenly in pursuit. Much to her embarrassment, her dog very, very slowly left the box – down on his haunches, doing the thing that most dogs do when they have a tender behind… Career ended – 10 years disqualification!

Police in Hong Kong investigated an elaborate device found embedded in the turf at a world-famous horse track apparently designed to shoot poison darts at the animals at the start of a race. A track supervisor unearthed the device on Wednesday morning while making routine checks of the starting points for races scheduled that evening at the Happy Valley racetrack, the Hong Kong Jockey Club said in a statement. The remote controlled shooter included 12 metal tubes, each 30 centimetres long, filled with darts buried in the grass under the spot where the starting gates would be situated for 1200 metre races on Wednesday night. The tubes, spaced so each would aim up at a horse, were wired together and linked to a wireless receiver, according to a local newspaper and a police source who declined to be identified.

“The obvious intent was that it was going to fire these little darts which have got some kind of chemical in it… up from the ground up to where the horse’s starting gate is,” said the senior police source. “I doubt very much that it was meant to do anything more than just slightly tranquilise the horse. That’s my speculation.” The police source said the shooter was almost certainly related to betting, and could be linked to organised crime syndicates, known as triads. “It could well be that triads are part of that, especially the gambling which is done outside the Jockey Club’s system,” he said. “If you can get the horse to slow down just enough, it looks like a normal race and the favourite may not come in.” The darts had been sent to a laboratory to try to identify the chemical used. “The full nature of the device and its intended purpose has not been established at this time. However, no explosives were found,” the Jockey Club said.