Queensland: The state of cowboy politicians 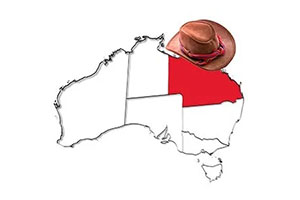 Given the amount of interest in the last blog about the new drug laws in Queensland we asked Fiona Patten to explain further how the drug laws have been amended and the effect of this amendment.

In QLD it is now illegal to possess something that may be intended to have a similar effect to a banned drug, even if it doesn’t. It will now be up to a court to decide whether a substance is legal or illegal, simply because the law is so broad.

The new legislation is intended to protect the public from drugs of dependence. Emergent psychoactive substances have added a new face to an old issue that requires high levels of scientific literacy in order to deal with.

Of course, we should all feel quite confident with the well-reasoned and scientifically rigorous process that the new legislation underwent at the hands of the QLD parliament.  This objective, evidence-based reasoning was typified by the  attitude of the Member for Lockyer, Ian Rickuss. During the parliamentary debate of the Bill, Rickuss expounded that

If it looks like a duck, it is a duck.

That is exactly right. If it looks like a duck, it is a duck.

The Eros Association provided the Newman government with a submission on the Bill, outlining the problems with the definitions used – especially in relation to the term, ‘pharmacological similarity’. Rickuss and Watts’ comments were typical of the populist and extremist views coming from the Newman government on drug regulation. Their use of overly simplified language is designed to curry favour with red necks and the illiterate. Perhaps a more appropriate quote would be from Hitch-Hikers Guide author Douglas Adams,

It is vitally important to remember that the current legislative action against emergent psychoactive substances stems from the current moral framework underlying drug law.  These laws are not evidence-based, are extremely emotionally volatile and have no particular reference to other potential harms in society.

The Bill goes further by also allowing intention of similarity of pharmacological effect to be considered grounds for prosecution.  Queensland legislators are effectively giving the individual’s imagination an elevated place over that of scientific evidence.  If a retailer were to sell a product with the suggestion that it is similar to a currently illicit substance, this would be considered breaking the law.  Even if the product is caster sugar.

Section 9A states that:

‘(1A) It is a defence to a charge of an offence against subsection (1) for a person to prove that the person has a reasonable excuse for possessing the relevant substance or thing.’ Some people appear to have taken this to be an easy defense but they should think again.

Generally you would think that this means taking echinacea because you have a cold is likely to be considered a reasonable excuse for buying or using it. However, if you are in possession of damiana for the purposes of smoking it to relax and perhaps get a slight buzz, that may not in fact be reasonable.

The reality is that in the political double-speak that politicians and lawyers are so well versed in, a ‘reasonable excuse’ has nothing to do with what you and I might regard as a reasonable use of a substance. It merely means that there are certain legal exemptions that apply, such as holding a license, not being aware of the ID of the substance AND not having any intent to use it… and a few others.

Just because you and most of the population assume the use of 5HTP is reasonable does not make it so under the law.

The drug act is overridden by food and health acts. That is, anything mentioned in the food and health act has the legal standings referred to there. So, an egg that contains tryptophan can’t be regarded as an analogue under the new amendment, and neither can a therapeutic product that is labeled as such. However, ANYTHING that is not protected under food or health legislation that contains tryptophan can be technically regarded as an analogue of 5HTP and hence falls within the reach of the new drug laws.

It is obvious from this nonsensical law that the QLD government does not in fact understand this and in fact failed to ensure any scientific input into the Bill. As a further example, echinacea contains traces of a natural cannabinoid agonist. The new law prohibits all substances that mimic the effect of an illegal drug. The effect of cannabis or synthetic cannabinoids is to bind to the cannabinoid receptors [this is the definition of pharmacology]. So, anything that binds to the same receptors is also illegal [this is the definition of pharmacological similarity].

While the lawmakers obviously intended to capture any future synthetic cannabinoids that may be released onto the social tonics market, they have also captured thousands of plants, herbs and laboratory research substances as collateral damage – simply because they also bind to the same receptors.

Again, this shows that the laws were made without scientific input and hence should not have been able to pass.
Queensland legislators haven’t just stopped with these draconian changes either. There’s also an amendment to the ‘Drugs Misuse Act 1986’ which was tabled last week.  The ‘Drugs Misuse Amendment Regulation (No. 1) 2013’ adds over 20 new substances to Queensland’s Schedule 2 (dangerous drugs).

It’s easy to see what is happening here. The politicians wish to control all substances that the public may want to consume, as well as control all natural plant substances. One might even compare this behavior to Monsanto and other chemical giants.

The cowboys are back in the saddle in Brisbane.