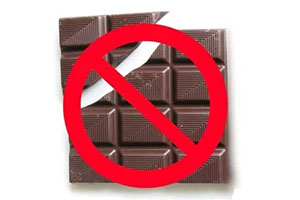 Copy of a Press Release in relation to new drug laws published by Melbourne Criminal Lawyers :

Last week the QLD government passed the Criminal Law Amendment Bill 2012.  As a result, many harmless chemicals, foodstuffs and herbal medicines were inadvertently banned including the popular cold and flu herb, Echinacea; the popular sleep tonic, Tryptophan; saffron; chocolate and even the unthinkable – alcohol.

The new laws state that if the ‘intent’ of a substance is to have similar effects to a banned or dangerous drug, the substance virtually becomes the drug.

Eros (The Adults Only Association) CEO, Fiona Patten said that the science of pharmacology examined which receptors a substance binds to in the body. By matching the receptor-binding qualities of commonly used substances with the receptor-binding qualities of currently scheduled drugs, it was possible to show how the pharmacological analogy laws would capture many legal compounds.

Other alcohols such as methanol [racing car fuel], isopropyl alcohol [rubbing alcohol], and butanol [common industrial solvent] are all GABAa agonists and would all fall under the same pharmacological profile as muscimol and barbiturates.

“PEA [phenethylamine] is the ‘love drug’ in chocolate. It is a noradrenaline and dopamine agonist just like amphetamine, methamphetamine, MDA and cocaine. Will the Queensland police now start raiding chocolate shops because under these new laws they will have every right to”.

“Saffron [the common spice] contains safranal which is a serotonin agonist and crocin which is a dopamine agonist. The illegal drug MDMA [ecstacy] is also a serotonin & dopamine agonist. Under these new laws a magistrate will be able to find an Asian grocery store guilty of a drug offence using the same logic and laws that they convict Ecstasy dealers.”

“These new laws catch up a host of commonly used products in herbal medicine that are found in most health food stores. Any analogue of the chemical 5HTP is now automatically illegal’, she said. ‘5HTP is a simple derivative of the amino acid tryptophan which is in almost all protein containing foods and will be well known to hundreds of thousands of people who use L-Tryptophan to get to sleep at night. It has no abuse potential and has no precursor potential. Banning this substance shows the Queensland government to be completely incompetent in their understanding of what is a dangerous drug. 5HTP is in every human brain because it is the essential biosynthetic pathway from tryptophan to the neurotransmitter serotonin. The body can’t make serotonin any other way.’

“Skullcap [Scutellaria lateriflora] is a common herb used in herbalism, and also a common garden herb. It contains flavones that are GABAa agonists and hence have the same pharmacology as muscimol and barbiturates.”

“Tyramine is an alkaloid present in fermented and aged foods such as cheese, salami, and beer. It is a noradrenaline and dopamine agonist just like amphetamine, methamphetamine, MDA and cocaine.”

Ms Patten said that her association had lobbied the Queensland government in Committee hearings not to go ahead with the new laws, saying that there were many unintended consequences to them. The Queensland Law Society had argued a similar line. The final definition in the new laws appears to say that the pharmacological similarity has to be ‘substantial’ however ‘substantial’ is never defined and most police officers would err on the conservative side and take any similarity as prima facie evidence of a crime.

She said that the government had created a law that gave an inert substance, human attributes. ‘To say that a drug or a chemical or substance can possess an ‘intent’ to mimic something else is to ascribe powers to that substance that even kindergarten children would know is impossible’, she said.

“With these new laws the Queensland government is trying to legislate people’s ‘conduct’ and not the prescribing of particular dangerous drugs”, she said. “They are the desperate actions of a Nanny State intent on forcing Queensland’s moral compass back to the Victorian era and they will have unintended consequences for the Premier and the Attorney General as well as the general population”.

She said that the young and inexperienced Qld Attorney General, Jarrod Bleijie, had gone against expert evidence in Committee to force the new laws through. He had considered many of the substances listed in the Regulations as dangerous, when clearly they were not. ‘Not only has he outlawed herbal cold and flu remedies but they have potentially banned any number of household foodstuffs and other products’, she said. ‘Laws like this that allow the police to enter people’s homes and prosecute them for harmless substances in the kitchen cupboard or on the bathroom shelf are frightening and indicative of an extremist agenda’.

As Criminal Lawyers we believe this is an important issue for people to be aware of. Governments are trying to make what are currently legal highs illegal. They are trying to change criminal laws to criminalize broad categories. Previously they had found a product and then specifically made it illegal which was a much better system although still flawed.

If you want to read further about drug laws in Victoria go to our website www.criminal-lawyers.com.au