Protections for an employee giving evidence at a Royal Commission 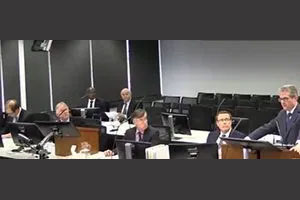 It is interesting sometimes to look at media articles and wonder whether they are written in such a rush that the journalist never grapples with the essential issues.

Yesterday there was one online by the ABC about the fact that, they claimed, “Big banks waive rights to sue staff and victims who give evidence at royal commission”. http://www.abc.net.au/news/2018-02-08/victims-free-to-speak-to-royal-commission-as-banks-waive-rights/9410128

The bank involved is not really relevant because I assume they were making that announcement while understanding the law. What is a puzzle is why the ABC characterized it in that way.

Good on the bank for clarifying what is a potential issue for witnesses. In the approach to the Royal Commission they are not necessarily covered by the same protections that all witnesses are afforded. However it is hard to see, in a practical sense, that ever becoming an issue

Dismissal by employers of witness

So an employee cannot be dismissed from their employment because of their evidence to a Royal Commission unless the employer is willing to face criminal charges. And also an absolute hammering in the media.

Being a non-employee witness at a Royal Commission

The non-employee witness attending at the Royal Commission has a number of other protections.

The first and most obvious one is the prohibition against using your evidence in any other hearing. This makes the possibility that that an institution would ever be able to prove a breach of a nondisclosure agreement remote.

Statements made by witness not admissible in evidence against the witness

That section is not as artificial as that seems and is there for a very good reason. The Royal Commission wants to get to the bottom of what they have been tasked to do. It is very important that witnesses feel that they can be honest and tell their story for that to happen.

One last section (and there are more) shows that the banks are not waiving their rights as the journalist claims.

All the banks have lawyers acting for them from large firms. There is no way they would be party to trying to tell the employees not to produce documents and not to say anything. As far as we have heard and seen so far the banks are going down the full and frank disclosure route.

The only issue we take with the approach is that every witness who is called to give adverse evidence (whether still an employee or not) has a conflict with the bank. They can not be represented by the Bank lawyers.

In other Royal Commissions legal services (such as Knowmore in the Royal Commission into Institutional Sexual Abuse) have been established to explain people’s rights to them and refer them to legal assistance. If there are going to be a large number of civilians and financial institution employees appearing this should be organized quick smart.