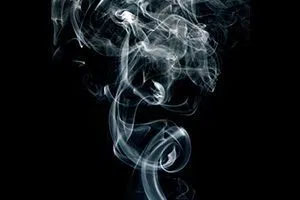 Not a week goes by without a report of a drug overdose or some other drug-related harm. Given the public attention received by illicit drugs, you would think there would be some mention of what public policies have worked overseas.
Unfortunately, Australia appears to follow the United States in a ‘just say no’ approach to drugs focused on criminalisation and law enforcement. This “war on drugs” is a war that can not be won.

We would be better off following another country: Portugal.

In the 1990s, Portugal was faced with a heroin epidemic and with it a rise in viral hepatitis, HIV and drug-related deaths. By 1999, Portugal had the highest rate of drug-related AIDS in the European Union and the second highest prevalence of HIV amongst injecting drug users.

Rather than follow its overseas counterparts and attempt to decrease drug use by arresting and charging users – the Government of Portugal took a more drastic approach: drug decriminalisation.

In 2001, Portugal’s unique approach was implemented: criminal laws for possession and use of illicit drugs were repealed, harm reduction and treatment services received increased funding and specialised panels for the ‘Dissuasion of Drug Abuse’ were set up.

In Portugal, if the police encounter someone with problematic relationship with illicit drugs they refer them to a specialised panel of experts who case manage and funnel individuals into treatment services.

Criminal laws against trafficking and supply of illicit drugs remain on the books, but a considerable amount of funds that used to be spent on punishing users are now spent on drug checking facilities, safe injecting rooms and peer-based outreach services. In other words: illicit drug use is treated as a health rather than a criminal justice issue.

The Portugal model has now been in place for over a decade and is heralded as a tremendous success by drug policy experts. Heroin use in Portugal dropped dramatically, as did drug related harms and prison densities.

The number of addicted individuals seeking treatment in Portugal is at historic highs, with harm reduction services ensuring that those who continue to use do so safely.

There is no good evidence that decriminalisation increase the number of individuals consuming illicit drugs in the country, in-fact illicit drug usage rates amongst the critical 15-19 age group decreased following the reform.

Overall, Australia should look to the Portugal model as a smart approach to drugs that gets help for those who need it. Our approach of filling the prisons with addicts and lining the pockets of drug dealers is an abject failure.