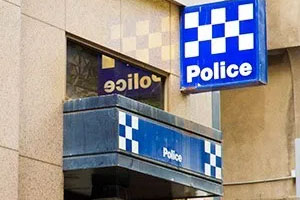 Lets’ deal with the situation in Victoria.

Victoria Police will release criminal history information on the basis of findings of guilt and may also release information relating to matters currently under investigation or awaiting a court hearing. This means that conviction and non-conviction matters are recorded and released. Of course, the release does not occur without the consent of the person in question unless the requesting organization is one “within the sphere of law enforcement and/or the administration of justice” whatever that may mean!

Recently, someone asked if an infringement notice, issued for a shop theft with a value of under $600, would be something that would come up on a police check. It would appear not. Our call to the public enquiry service of Victoria Police indicated that they would only release matters which were subject to a Court hearing. Further, if you look at the Infringements Act (the Act under which the infringement notice for theft is issued) then if the penalty is paid the offence is expiated. The effects of expiation is that no further proceedings can be taken and no conviction is said to be recorded against the person for that offence. It also notes that the payment of the infringement penalty by a person “is not and must not be taken to be” an admission of guilt in relation to the offence. Avid readers could look at section 32 and 33 of the Infringements Act 2006.

In Victoria there is no spent conviction legislation. Instead we have a situation where Victoria Police have a policy. These policy guidelines indicate that if the individual was over 18 when last found guilty of an offence and 10 years have since elapsed, then (and subject to exceptions) no details of the previous offences will be released. If the person was under 18 years of age then the period of time is 5 years.

The exceptions are wide. We won’t list them here but can refer you to the Victorian Police website for the information sheet under national police certificates for more details. It is, however, worthy to note that if any offence resulted in a custodial sentence longer than 30 months it would always be released.

Another question relates to whether traffic offences would be released under this system. The short answer is “No” unless, and there is always an “unless”, the Court outcome was a sentence of imprisonment or detention.

It is our view that the area of spent convictions is one where there needs to be legislative intervention.

It is simply not good enough that these matters are policy guidelines within Victoria Police. As best as we can tell, Victoria stands alone amongst all Australian Governments in not having such legislation. The most recent Act, the South Australian Act, was gazetted in February 2011.

No doubt Victorian’s Attorney General dislikes the idea of being left behind by all other states, the Territories and the Commonwealth. His challenge in the current environment is to bring forth legislation to catch us up.