Police discretion in the diversion process 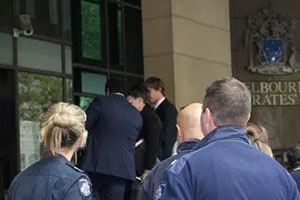 Kyle McDonald recently posted a blog covering diversion and police discretion to prosecute. It is, as ever with Kyle, a well-researched and interesting analysis of the issues involved. This is a hot issue with many involved in the criminal justice system. There is considerable discontent about the diversion process and the Police not allowing diversion to appropriately deserving people.

The diversion process is where there is no formal finding against an accused, but it is completely reliant on the Informant and their boss agreeing to the process. Kyle’s blog concludes with;

A proportion of the Magistracy are particularly annoyed by what they view as the Police preventing them from granting diversion in appropriate circumstances. This is no secret; you will often hear Magistrates railing against this procedure in open Court.

I do agree with what Kyle says about the law, but there is a very different approach that needs to be taken with this situation.

What underpins Magistrates’ frustration with Police denying diversions is that the Police have undermined section 8 of the Sentencing Act with their disclosure policy.

Parliament passed legislation to cover the issue of conviction and non-conviction, as per below:

Conviction or non-conviction
8. Conviction or non-conviction
(1) In exercising its discretion whether or not to record a conviction,
a court must have regard to all the circumstances of the case including-
(a)  the nature of the offence; and
(b)  the character and past history of the offender (don’t underestimate a character reference for court); and
(c)  the impact of the recording of a conviction on the offender’s economic
or social well-being or on his or her employment prospects.
(2) Except as otherwise provided by this or any other Act, a finding of guilt without the recording
of a conviction must not be taken to be a conviction for any purpose.
However as we mentioned in our recent article on Police Record checks the process of non-conviction is completely undermined by the Police releasing this information.

So, the logical process for a Magistrate, if they do not wish to create a blight on someone’s life with a Police record is to propose a diversion hearing.

But surely that is the dog wagging the tail? The Police should be made to respect the intent of the legislation that allows the Magistrate considering section 8 of the Sentencing Act to decide not to impose a conviction.

In my humble opinion the real contention is that in Victoria, the Police control their own guidelines on this issue.
The disclosure of non-convictions only hurts people who have been in no other trouble. Essentially, they are people that a Court has considered shouldn’t be punished in this way. Generally, they are categorised as good, working people who have committed minor offences. We are continually approached about this issue and I can only advise that there is nothing they can do. I agree with them regarding the absurdity of the situation and tell them one day the Attorney-General will get off his hands on this issue.

And that, there, is the simple truth. The Attorney-General should deal with this issue. And, it would be extremely simple for him to implement.

Then we would not have this issue of whether the law can be implemented at the discretion of a Magistrate, over an Informant’s objection.

And, we would live in a happier version of the world where the Police cannot thwart the intent of the Court.