“No body, no parole” 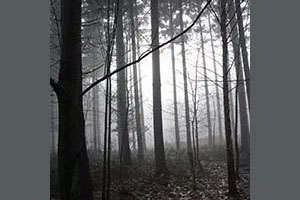 Recently, a new proposal was put forward by the opposition Liberal party in relation to murder cases where bodies of the victims have not been found. The idea is that those found guilty of the crime, but who refuse to disclose the location of the victims, would be banned from parole and effectively imprisoned until they do disclose.

The theory underpinning this proposal is that the convicted murderer is displaying no remorse by not disclosing the victims’ whereabouts. It is, of course, welcomed by relatives of victims who are sentenced to live without closure; not knowing what really happened or where the body of their loved-one lies. Their concern is understandable, but as with most issues in the justice system there is a fine balance.

The Victims of Crime Commissioner Greg Davies said killers should face life terms without parole at trial if they refuse to disclose the location of victims. To be frank, this is what I would expect from the Former Head of the Police Union.

There is no one Victim and the idea that the Victim’s Commissioner speaks for all Victims is, frankly, nonsensical.  His views are not the views of friends of mine who have been victims of crimes.  So, what is his policy position based on? To me, all his public pronouncements have so far have reflected everything that you would hear from the head of the Police Union.

Back to the idea of denying parole if the location of a body is not disclosed. To put it mildly, this idea is not quite well thought out. The Criminal Justice System has never been perfect and is never going to be. Many innocent people have been convicted of many serious crimes such as murder. There are also a number of cases of murder where the body of the victim cannot be found. Often in those cases, the only way to continue with the trial is to rely on witnesses who have been provided indemnity or other inducements by the prosecution. These witnesses, as we all know, are not that reliable and usually have different reasons to withhold the truth or even tell lies.

Many years ago a client of mine was given indemnity from prosecution on a murder charge to give evidence against an accused. The accused was found not guilty of murder for what became one blindingly obvious issue. If you have read this far then, you should guess what the issue was.

Given all of this, we need also consider what would happen if an innocent man has been put behind bars, convicted of murder, and of course has no knowledge where the victim’s body lies. He will be facing a life in prison for something he actually never did, without the prospect of release.

On the flip-side, the changes could provide incentive for guilty prisoners to co-operate with the authorities; revealing the victim’s remains will be the key to getting a parole, rather than remain in prison for indefinite time.
However, the premise of “no body, no parole” will cause a problem even more serious than those it endeavoured to solve in the first place. In a case of wrongful conviction how does  the “no body, no parole” law play out? An innocent person does not get parole.

I would rather see 10 dead bodies not found than one innocent person serve longer in prison because they are caught in this ill-conceived Catch 22 situation. If you are guilty you can get a discount on your sentence but if you are truly innocent, but found guilty by error, you will serve longer than the guilty person.

There is no honest person in the system who doesn’t know there are people who are found guilty of charges that they have not committed. It is why the safeguards of jury trial and the rights of accused  are so important.

The lives of these people have to be considered when making a decision to change the existing law in such a way.

Yet, another problem is outlined in the following scenario: a guilty person who has been sentenced to, say, 25 years in gaol with non-parole of 18 years. They killed someone in the heat of a moment and then while still upset and scared drove into a forest, at night, and buried them in a shallow grave down some fire breaks. They then drive off from an area they have never been before. They genuinely have no idea where the body is. They tell the Police where they think it is but it can not be found. The Judge has sentenced them to what was appropriate for the crime. Do you really believe they should stay in prison in that circumstance?

An proposal like this needs to be thought out more carefully. The problems it might solve will be much less significant than those it will cause later. Although it may bring closure to the victims’ families, there is much more that has to be considered before every attempt to change the current laws by establishing new and more stringent rules in this area.

Do we really want a system that means guilty get a discount on their sentence but an innocent person does not ever get parole?

This proposal does not pass muster and should be opposed for helping criminals and punishing the innocent. There are other ways to approach this issue but the Liberals seem to be just after a headline and not really interested in engaging in any thought about the issue.