Home » Criminal Law » Mental impairment and unfitness to be tried

Mental impairment and unfitness to be tried 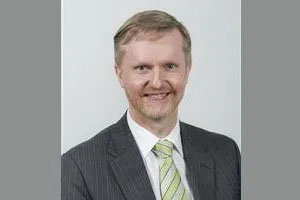 Guest post by Simon Moglia Victorian Barrister. Simon practises primarily in the Criminal jurisdiction in the County and Supreme Courts and has particular experience in cases of mental impairment and fitness to plead.

6 When is a person unfit to stand trial?

(1) A person is unfit to stand trial for an offence if, because the person’s mental processes are
disordered or impaired, the person is or, at some time during the trial, will be-

(a) unable to understand the nature of the charge; or

(b) unable to enter a plea to the charge and to exercise the right to challenge jurors or the jury; or

(c) unable to understand the nature of the trial (namely that it is an inquiry as to whether the person committed the offence); or

(d) unable to follow the course of the trial; or

(e) unable to understand the substantial effect of any evidence that may be given in support of the prosecution; or

(f) unable to give instructions to his or her legal practitioner.

(2) A person is not unfit to stand trial only because he or she is suffering from memory loss.

(1) The defence of mental impairment is established for a person charged with an offence if, at the time of engaging in conduct constituting the offence, the person was suffering from a mental impairment that had the effect that-

(a) he or she did not know the nature and quality of the conduct; or

(b) he or she did not know that the conduct was wrong (that is, he or she could not reason with a moderate degree of sense and composure about whether the conduct, as perceived by reasonable people, was wrong).

The importance of juries