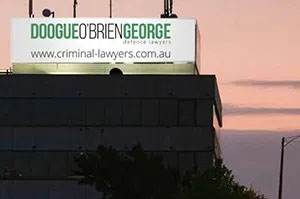 Law firm marketing is an incredibly interesting and vexed area.

Many lawyers grapple with marketing to their target audience without getting close to the line of what you should and shouldn’t do. The demarcation of this line is determined more by the firm and its own approach, mission and brand than it is something set out in scripture by the Law Institute or Legal Services Board.

As partner of a firm that considers marketing an intrinsic function of our, if not any, business, I consider this line critically.

I have seen two very interesting instances of lawyer marketing lately, that I’d like to present as examples for consideration. They are each very different, however have both really pushed it to the edge in terms of marketing their services.

Firstly, Ly Lawyers. The NSW based law firm was the subject of an article in the Fairfax newspapers in mid-January. Their advertising campaign took to social media to target a youthful market (on point). Specifically, they targeted users of Facebook who have liked music festivals and clubbing pages; their assumption being that this segment could potentially be caught for drug offences. The ad appeared with the message “Busted with possession or supply drugs at a musical festival? Call Sydney’s best drug lawyers!” and was illustrated by an image of a hand chopping white powder.

There is no denying that they have identified a market and have shrewdly marketed to it. In this case, the punter is young, with disposable income and likes the music festival scene. The bow drawn is not that long when you consider that these festivals are routinely manned by police, both uniformed and plain clothed, and drug detection dogs. At the last Field Day festival held in Sydney on New Year’s Day, a total of 214 people were arrested on drugs charges.

Ly were accused of encouraging and condoning drug use which, in my book is frankly, completely absurd. The concept that this lawyer’s ad impels people to take drugs just needs to be stated to be seen for the absurdity that it is. Targeting a segment of people, who for the most part includes university students and young professionals who may be up on minor charges, is certainly not a bad thing. And, if you can help them in some way, as they’re navigating their way through the gradients of young adulthood, then I think you’re doing a good thing.

The only issue I have with this ad is they talk about themselves as being “Sydney’s best drug lawyers”. We are based in Melbourne, but we have a considerable contact with interstate lawyers and without intending any affront to Mr Ly, prior to this article I had never heard of them as a criminal law firm in Sydney. Obviously there are firms with a lot of profile such as Nyman Gibson Miralis who handle a great deal of drug cases. If you were to ask around, barristers would suggest that Phil Gibson is the person you need to talk to if you have a drug case in Sydney.

So, my main issue with that particular case study of lawyer marketing is not the reasoned targeting of a group who may or may not use recreational drugs, but the use of the term “the best”. You can say you are a leading expert, but saying you are the best is really far too subjective to be done objectively.

Next, I’d like to look at an (unmistakably, thankfully) American firm and their attempt at marketing. A criminal law firm in Colorado Springs, run by a Mr Schwaner, are implementing the extraordinary method of offering a scholarship of $1000 to students who are willing to admit they have a “buzzed” driving habit.  In the United States “buzzed driving” means drink driving.

In effect, what he is asking, is that young students (again, young people with disposable income who may potentially end up facing minor charges) fill in a form saying that they have previously been “buzzed driving”.

Schwaner states that by doing this, he is getting people to recognise and change the behaviour. In essay form the applicants are to write honestly about their buzzed driving habit, in hope that they will gain greater understanding of what they did. This essay forms the basis of their consideration for the scholarship.

A more cynical view of this “scholarship” is that it is targeted at a particular group because they are seen as being easy clients. They are on their way to college, university or trade school, so would possess the personal attributes that make appearing for them in Court easier than other people, and would likely have the money to pay for a lawyer. The assumption may be that by this mode of advertising, which has a competition element and a call to action, a number of students would apply, thus creating an awareness of the firm and if they or any of their friends get into trouble from drink driving then the referrals would flood in.

I am not saying this is why Mr Schwaner is doing it; his intentions may be as simple as trying to stamp out the behaviour that underpins his practise. However, if it is, in fact, some kind of elaborate data attainment exercise, then I struggle with the deceitful nature of it. I am not meaning to impugn Mr Schwaner because he may be fair dinkum about this approach. It might be an issue he has a strong view about and feels it is necessary to do something about it.

Which brings me to the issue of, how do you market specifically to a group of people who are accused of criminal behaviour without being accused of condoning or encouraging that behaviour? Or to be assumed to be trawling the underbelly of society, picking up ne’er-do-wells and developing a shyster persona along the way? Ours is a service, like any other. And like any other service on the market, our potential clients need and deserve to know about the services we provide.

That includes tripped-out festival-goers, “buzzed drivers”, your son, their daughter, his sister and any of the multitude who may one day need someone to get help them get their lives back on track or, not have one poorly-judged event define their entire lives.