Home » Criminal Law » Lie detectors and the deception of detectives

Lie detectors and the deception of detectives 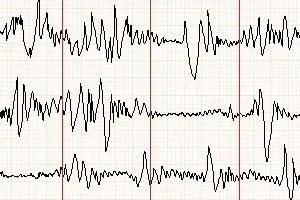 I read an “exclusive” in the Herald Sun yesterday (August 14th, 2013). The news was that a former police officer is the prime suspect in the murder of Melbourne woman Brenda Goudge.

A scoop! A revelation, a breakthrough… What an exclusive usually means, in this context, is that the Police have chosen to leak the allegations to the press to:

a)      try to flush out witnesses or;
b)      to leak material that will ultimately never be allowed before a jury

What it generally means, again in this context, to anyone who has seen this particular theatre enacted so many times before, is that an entire allegation (including the lies or wrong parts) is revealed in the media pre-charging. Charges are then laid. And no-one can subsequently counter those allegations in the press.

I’ll break it down for you. Quoted from the article, I read as follows:

“The ex-cop who was in the force for more than a decade has been formally questioned and is the only suspect in the murder investigation.
He does not have a solid alibi on the night Mrs Goudge, 61, was killed and has twice refused to take a lie-detector test.”

And as I read that brow-raising last statement, I must say, it also raised some particular questions.
Firstly, let’s shoot to the validity/credibility/veracity of the story.

Who/what is the source of this ground-breaking exclusive? Shall we assume assume it is the Police? Yes, let’s.
Secondly, what is the purpose of the story? This exclusive that, for all intents and purposes reads a little like, we have an unsolved case and no one has been charged, well we kind of like the look of this guy for it, but oops, we have no evidence. Is it for the purpose of aforementioned points a) or b)?  Well, I like the look of point b), so I’ll say it’s certainly in part it is for the objective of leaking material that will not be allowed before a jury. Why? Because it references a lie detector and they are not allowed before juries.

Let’s play devil’s advocate too. Maybe, it’s indeed possible, they might have gotten their exclusive from a TV show who approached the suspect, asking him to do a lie detector. But, for the sake of raising an intelligent argument here, we’ll deem that pretty unlikely.

So, in my humble attempt to offset this exclusive article, which is really a highly inflammatory much ado about nothing tale, here is a bit of information that might balance things out a bit. Read carefully, anyone interested in this potential case or interested at all in the entire premise upon which our judicial system is based; the presumption of innocence until proven guilty:

Lie Detectors Do Not Work.

Lie detectors are based on unsound science and the results clearly are inaccurate and simply-put, all over the place. No amount of dressing up in white coats and putting pens in your top pocket makes this real science – the cops know this.

Now, Why Give Reporters An Exclusive With Inadmissible Evidence?

I can only surmise it’s because there are holes in the case and they are trying to fill them with deception.
You, the general public, readers of mainstream media such as the Herald Sun should be aware of these tactics and jurors/potential jurors/people who one day might sit on a jury should reflect on why (we are assuming) the Police would want to cheat in this manner (if it was indeed, the Police, but realistically, who else would this story come from?).

And, I would hope, then view the whole case in light of the tactics being used.