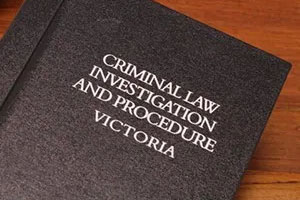 Lawyers appearing in Court who do not know what they are doing and are clearly hurting the chances of their client is one of the most tragic things you see in Court. We have all seen that with both Legal Aid and private lawyers doing ill-considered and under-prepared appearances. The panels will guarantee a base line of lawyers who know how to handle criminal matters.

As to doing a full days training I have to say that I am all for that as well.  We do a lot of training of our lawyers, and ourselves.  We do a full day advocacy course for all our lawyers each year. In May we had a full day conference with interstate Criminal Law Firms in Sydney. We have another full day training on a different topic coming up next month.

We also get Barristers or other specialists with interesting skills to come and talk to us ie a Toxicologist who came to talk to us about drug tests for clients and issues like that. In-house we have fortnightly advocacy training sessions for an hour that some staff do.

Training is the most important task that a lawyer can do to learn and improve their craft. Just because you have done it forever does not mean that you can not learn. In fact, the old dogs such as myself,  are probably more in need of training now than we have been.

The training at Legal Aid was, in the most part, excellent. The trainers were lawyers who appear in that area and they had some interesting perspectives.  They were articulate and clearly well prepared.

There were some discordant notes though during the day. A couple of the presenters  did a role play of two adults pretending to be lawyer and a client to demonstrate to us about taking instructions. They should stop that pretty fast. It did not achieve anything other than to show that the people involved were lawyers and not actors.

That role play did though explain an attitude that ran through the session. There seemed to be a belief that they had to teach us some thing as basic as that. There was a belief that they handled criminal matters better than other lawyers.  Now don’t get me wrong i am all for self-belief but at least five of our solicitors there have handled far more serious and far more crime than anyone in that room (except for another private practitioner).

This belief of the VLA lawyers about their own worth was reflected in their idea that all children should be on a grant of legal aid. As if you get the same service on a legal aid grant as you do when you are privately funded. The rationale seemed to be that if you are privately funded the parents might dictate what you do.  ie a lawyer might remand their client if their parents said to do so.

Any lawyer who would remand a client because their parents said so should be struck off not just a panel but from the profession. It is often the case that private matters are funded by people who are not the one who has been charged. We are always thankful for funding but in the end if the funder’s interests diverge from our clients then we would be saying “tough luck buddy” to the funder.

I disagree with the idea that all kids should be on Legal Aid regardless of parents means.  I tried to explain that there was a lot that we do even pre-interview that you can not do on legal aid funding. And at this point bear in mind that pre-interview you can not even get funding from Legal Aid. Their lawyers disagreed and pointed out they could do things and they can book someone in for an appointment.  There seemed to be a consensus amongst the legal aid lawyers that there was nothing that could not be done on a grant of legal aid.

Which really led me to the conclusion that they have no idea what private practitioners do for their clients. That before a Police  interview we will be considering getting witnesses who have not had statements taken to go to other law firms to make statements, engaging private investigators, securing data and getting experts to download material.  That is just a starting point of what you would be considering to do to help your client.

We know what Legal Aid do and they don’t do that sort of work pre-interview. This is the necessary constraints imposed by funding.  I just never realized that the Legal Aid lawyers do not even know what you should, or would,  do if you are running a well funded case.

The training session was meant to end at 4.30 and drifted slightly over. Andrew George and I I had to leave exactly on time as we had a client waiting for a conference.  We have already had a number of conferences with him and his family. In the conference last night we  determined we needed to do the following;

1  Engage a private investigator to try to find a person who took a photo on the night that offending was alleged to have occurred
2  Checking for video cameras at various points
3  Get an expert to download phone and computer data (timing issues)
4  Secure evidence of previous comings and goings of another involved (obviously i am being deliberately oblique at this point)
5   Obtain statements from at least 6 people that the police have not taken statements from.
6   Work on social media

Since then this morning I have added to that list that it would be interesting to get a sound engineer involved.
There is an enormous amount of work to do for this client.  He  is an adult and  fully understands the importance of doing all this work given he faces gaol if he is found guilty of offences.

Notably this work is all happening before the Police have decided whether to charge him or not.

As most private lawyers know pre-interview is one of the most important times for controlling the narrative of a case and assisting your client. Often you can help the Police to decide not to proceed with charges against your clients pre-interview. Sometimes an interview occurs at which you provide the Police with material that stops them ever charging.

In the end a day’s training that gives you a few angles that you might try at some stage to help your client is well worth the effort.  The training yesterday passed that test as there  were definitely a number of positive things I learnt from the Legal Aid Lawyers.