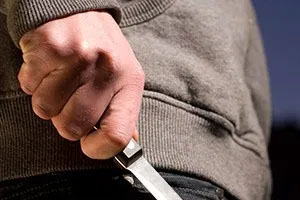 As usual, the tub-thumping Government has introduced legislation that almost immediately has the effect they purported it would not.

We currently have a case where our client is being charged with intentionally causing serious injury. The client’s instructions are to contest the charge. Subsequently, the Prosecutor has responded in the vein of, “Well, then we’re going to look at a gross violence charge”. So, our client is placed in the position that if he contests the charge he will be facing a minimum four years in gaol under the gross violence legislation when he would never get that for the charges he currently faces.

So, what should he do?

Does he plead up to the intentionally causing serious charges to avoid the possibility of losing a trial and doing at least four years in gaol? And, let’s be frank, if that is the non-parole period then he is more likely to be doing the head sentence than the non-parole – so it is more likely to be at least 5 years. It is an unfortunate part of the job that sometimes as a defence lawyer you have to advise your client about pleading guilty even if they maintain their innocence. You must present them with their options and give them the possible outcomes and then, it is a decision for them. If it will save them years in gaol, it is a discussion you have to have with the client, however distasteful.

Many people have decried these new mandatory sentences for gross violence as wrong. As we all know, the Government only did cursory consultation and was mostly met by stake-holders saying that it was a rubbish idea.

That’s one hell of a choice; run your case and if you lose the Government will murder you.

I heard many protestations that this type of blackmail is not what would happen in Victoria with the gross violence legislation. I and my colleagues never believed a word of it.

Is this threatening the appropriate way for Officers of the Court to behave?  Of course not, it is just basic bullying and the people who do it deserve the contempt we have for them.

You can dress it up with a statement lightly given that “I am just considering the issue of a gross violence charge” or even “maybe we need to look at more serious charges if it goes to trial” but we all know what the Prosecutor is doing.

What are the new gross violence offences?

There are two new offences for acts committed after 1 January 2014 with a mandatory minimum non-parole period of 4 years (except in certain special circumstances )  that were created by The Crimes Amendment (Gross Violence Offences) Act 2013 ;

This was all created under that old canard that the Judges were not sentencing people to enough time in gaol. Through reading a couple of newspaper articles the Politicians discerned a pattern in the Courts that was out of step with what the media thought the penalty should be.  I am old but it was only 10 – 15 years ago that the Attorney General still respected the convention that part of their job was to protect the Courts and Judges from the media. These days it seems they are leading the charge against the Courts in the media.

What is serious injury?

(a) an injury (including the cumulative effect of more than one injury) that—
(i) endangers life; or
(ii) is substantial and protracted; or
(b) the destruction, other than in the course of a medical procedure, of the foetus of a pregnant woman, whether or not the woman suffers any other harm;”;

What does Circumstances of Gross Violence mean?

Any one of the following amount to circumstances of gross violence

Are there exceptions to this mandatory penalty?

Yes. But only enough to try to shrug the term “mandatory sentencing”. It still amounts to a major fettering of the Court’s discretion to do what is right and appropriate in the given circumstances of a case.

Section 10A of the Sentencing Act 1991 that if a special reason exists the court has full sentencing discretion. So what does that mean? The first main exception is

The rest relate to the alleged offender as such –

(1) over 18 years but under 21 years at time of the offence; and
has a particular psychosocial immaturity that resulted in a substantially diminished ability to regulate behaviour in comparison with the norm for persons of that age; or
(2)  impaired mental functioning that is causally linked to the offence and substantially reduces the offender’s culpability; or
(3) has impaired mental functioning that would result in more than the ordinary burden or risks of imprisonment; or
(4) the court proposes to make a hospital security order or a residential treatment order in respect of the offender; or
(5) there are substantial and compelling circumstances that justify doing so.

None of which, from my perspective, is anything other than tinkering at the edges of the mandatory nature of these offences. You would not have to be the Delphi Oracle to imagine that there will be some very well meaning but hollow undertakings that are agreed on to try to deal with the injustice that these sections create.

It will be interesting to see the spike in trials that this legislation will cause. If you have a defence, however tenuous, why would you plead guilty to a charge with a mandatory sentence of four years imprisonment attached to it?