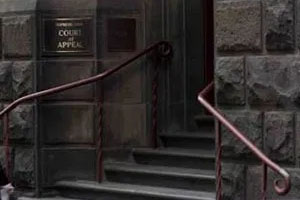 As we know three Federal Government Ministers are awaiting a decision on a referral to face charges of contempt.

The Ministers – Greg Hunt, Alan Tudge and Michael Sukkar – refused to apologise for comments they made to The Australian newspaper criticising the state’s judiciary over terror sentencing while appeals were pending resolution. The comments could well be contemptuous, in my opinion (which is admittedly of little interest to most people).

During the hearing, they did gradually withdraw their more controversial criticisms and expressed some regret. This was dragged out of the Solicitor General who appeared for them by the Court of Appeal Judges. The way they instructed their counsel was fairly amateurish but, they obviously were watching and realised the predicament they were in.

Now some of you, like me, are very keen observers of Court processes and what underlies them. These comments are written in curiosity about how this is playing out and I certainly am not trying to have a crack at Stephen Donahue QC. He is, by all accounts, a very good lawyer. He regularly acts for the Government and never, that I am aware of, acts as a defence lawyer. I do not know him personally, but have seen him make good submissions, unfortunately, in cases against our clients.

As Solicitor General, as I understand it, he can be asked to appear for people by the Federal Attorney General, Mr Brandis. I assume he would have been told to appear on behalf of all three politicians. Going to the Court of Appeal, in this case without an apology in your back pocket and with no clients is not an ideal brief.

However, the first thing that struck me in viewing the hearing is the most elemental issue for defence lawyers. Do you have a conflict? The appearance of conflict became more palpable when suddenly there was the very strange occurrence of him getting running instructions from his clients. As soon as he got instructions from one client to withdraw some of their silly allegations, was he not then in a position that he had a conflict? I think he was; we would never have appeared for three potential defendants in this situation.

I have acted for a number of politicians, both federal and state, from both parties and minor parties as well over the last 20 years. I do not say that because I am trying to interview for the job of defending these people. I do so because it gives me a perspective of how politicians interact with the Courts.

If I had been acting for these ministers I would have sat them down at the very start of our conference and challenged them on their inappropriate behaviour. The position that they have maintained is foolish. They should have appeared in Court personally and apologised to the Court. It was both the right and, also, clearly the pragmatic thing to do.

The Court had been placed in an invidious position. They do not want to have to decide whether ministers of the Crown are going to be charged with contempt.

Personally, even today I would be getting my clients in a room and mapping out how badly this could go for them and for their party. I would be very sternly saying, “lads it is time to go to the Court and apologise. Just hoping for the best is not a strategy. Help the Court to decide this in your favour.”

Hopefully they have the sense to get back into Court as soon as possible and defuse this situation.