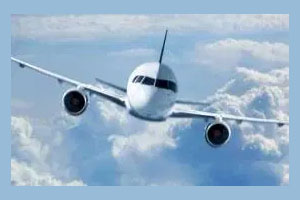 International extradition is a legal process in which countries co-operate in the arrest of foreign nationals and citizens and the movement of those persons from one country to the other. The purpose of the extradition must be to enable the requesting country to put the person on criminal trial or to have them serve a prion sentence.
Australian extradition processes are set out in the Extradition Act 1988.

Firstly, I will consider requests for extradition to Australian authorities.

The first step in the process of extradition is the request to Australian authorities by a foreign country. To accept this request it must come from an “extradition country” and relate to an “extraditable person” which means that the person has been sentenced to prison in the country or that an arrest warrant has been issued.

The second step occurs once the request is accepted. This involves an application to a Magistrate to issue an “extradition arrest warrant”. That warrant is used by Australian police to arrest the named person and remand them in custody to appear in Court. When the person appears before the Magistrates Court they can apply for bail pending further hearing although they must show “special circumstances” to justify bail.

The third step involves a determination by the Magistrate as to whether or not the person is eligible for surrender. A number of factors must be considered, the most important of which is whether there is an “extradition objection”.

If the Magistrate rules that the person is eligible for surrender, the next stage is that the Australian authorities must consider whether or not to hand the person over. A number of factors must be considered including if the person would be in danger of torture or whether the offence is punishable by death.

Finally, if surrendered, the person is handed to foreign officials who escort them out of Australia.

The reverse is also true. Australia applies for extradition from other countries in the same manner. We had an interesting and very disturbing case recently where a New Zealander was extradited (voluntarily attending Court to deal with the matter). He and his NZ lawyer was assured that given the case was historic he would be bailed once he was in Australia and given the normal treatment of an accused in these matters. But that ended being quite deceitful as the Immigration Department would not grant him a visa so he was sent to an immigration detention centre. Anyone being extradited to Australia should be careful not to accept any submission that they will not be held in custody pending the hearing. Given the delay to trial is generally about 18 months for matters like these it might amount to a factor for a Court in deciding the appropriateness of extraditing to Australia.

As can be seen, there are a numbers of points in the process where the advice and expertise of specialist lawyers is essential. At Doogue + George we have the experts who can provide strategic advice and representation when most needed.