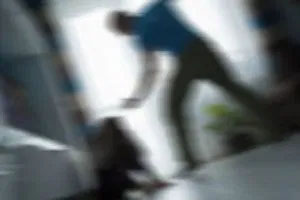 The last few years have seen a sharpening focus on family violence in our courts and judicial system more broadly. It has come to be seen as an area requiring specialised attention and expertise. This reflects the momentum for change in this area that has been steadily building in the community in the recent times. From a government level, through to the courts and also police, we are witnessing a continuing shift in attitudes towards family violence matters and how they are to be dealt with.

In 2015 the Victorian Governor signed letters patent commencing the Royal Commission into Family Violence (‘RCFV’). In March 2016 the report of the RCFV was tabled in parliament, bringing with it a host of recommendations for reform in this area.

At the trial level in Victoria we have for some time had specific family violence jury directions set out in legislation, which dictate what a jury can and cannot be told when deliberating on a family violence matter.

At the Magistrates’ Court level, the Chief Magistrate’s Family Violence Taskforce is working to implement the recommendations of the RCFV and overhaul the way in which family violence offences are dealt with in the court system. There are now tight timelines imposed on these proceedings with a view to having them resolve quickly. Magistrates are more likely to actively involve themselves in proceedings and enquire as to how they are playing out and why a case may be travelling in a particular direction.

Victoria Police (VicPol) have a Code of Practice governing the investigation and prosecution of family violence matters, and the RCFV made recommendations about reforms to the approach of police. In 2016 VicPol created their own Family Violence Taskforce with a focus on charging people who they say have offended against multiple women (the victims are usually women) or who have offended many years before. The work of this taskforce is still in its infancy and we will have to wait to develop an understanding of the methods of investigation being employed by VicPol.

This focus on historical offending is new in this area. For many years now, VicPol have been honing in on historical sex offences, sometimes with questionable zeal. It is not uncommon to see charges laid relating to alleged sexual offending up to 40 or 50 years ago. Defending these kinds of matters presents a real challenge, given the potential loss of evidence with the passing of time. Though there is much that can be done to protect our client’s interests, it can sometimes be difficult to muster a defence beyond the denials of the client.

Defending historical family violence matters will no doubt bring similar challenges and pitfalls for defence.
Recently, a client of our firm was charged with historical family violence offences against his former wife and children stretching back over a 10 year period. The prosecution relied on the evidence of our client’s former wife and also family members to whom she disclosed some of the alleged violence at the time. Further, the prosecution obtained medical records stretching back throughout the alleged offending period to corroborate the injuries allegedly inflicted.

We took the matter to a contested committal and through that course were ultimately able to settle the matter to a significantly reduced number of charges. However, due to the seriousness of the injuries inflicted, our client still received a lengthy gaol term measured in years.

In all the circumstances, this case settled favourably for our client. However, the mere fact that he was prosecuted for such old allegations of violence in the first place is somewhat unusual and is perhaps a reflection of the community wide focus on weeding out family violence.

As we have with historical sex offences, we will continue to develop a body of specialised knowledge about the best way to defend these types of cases and strenuously protect our client’s interests.