Home » Criminal Law » Got charged for the first time? Don’t go it alone.

Got charged for the first time? Don’t go it alone. 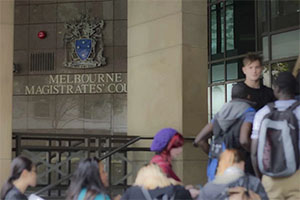 Have you been charged for the first time? A person’s first interaction with the criminal justice system can be daunting. I once read the Magistrates’ Court described as the ‘legal version of a casualty ward’,1 and on busy days up at court it can certainly feel like that. So what do you do if you’ve been charged for the first time and this is your first time fronting up at court? Once you have received a summons or been bailed to that first court date, what happens next?

The process that a charge goes through depends on whether it is a ‘serious’ indictable charge (and must go to the County or Supreme Court) or whether it can be heard in the Magistrates’ Court (the summary stream). This blog will only briefly outline the steps in the latter situation.

The thing I find that most people are surprised about when encountering the criminal justice system after being charged for the first time, is the length of time their matter can take to reach conclusion. While some matters can be done and dusted on the first court date, others can involve attending court on a few occasions. It is not uncommon (if you are pleading not guilty) for a matter to take over 12 months before it is finished!

The first date your matter is listed at the Magistrates’ Court is called the first mention. The Magistrate at this point generally wants an update on the charge/s – What is happening? Are you pleading guilty? Is there evidence outstanding?

Even if you are pleading guilty to the charge/s, you may find that it is best to adjourn the matter to a later date. Often charges may need to be negotiated with the prosecutors, the summary that will be read out in court needs to be discussed and amended. Or it may be necessary to obtain references or reports to assist in a plea hearing.

One thing to note about the first mention, if you are pleading not guilty, the Magistrate is not going to hear all about your charges in detail and determine whether you are guilty or not guilty – that comes much later on in the process.

At the case conference, your charge/s will need to be discussed with a police prosecutor prior to the matter being heard in court by the Magistrate. Negotiation and discussion take place as to withdrawal of charges or amendments to the summary. Legal issues such as defences are discussed. You should know Magistrates’ do not sit in on the case conference, it is a conference between the prosecutor and the lawyer. Case conference is usually held 4 weeks from the first mention date, however this can depend on the workload of the court.

Even if you are eventually going to plead guilty to some charges, a contest mention can be a key stage in helping to work out a matter. Prior to the contest mention, any additional evidence and outstanding exhibits are (or should be!) provided to the defence lawyers. A prosecutor will be assigned who has reviewed the case in advance of the court hearing. In court, the Magistrate will often weigh in on the matter and discuss the strengths and weaknesses of the prosecution case or ask the lawyers to explain any defences.

Generally, the contest mention is around 4 weeks from the case conference date but again, that will depend on the court’s availability.

Where you are pleading not guilty to the charge/s, the contested hearing is the last stage in the process. The prosecution presents their evidence to try and prove the charge beyond reasonable doubt. The Magistrate determines whether the charge/s have been proved.

When described like that, contested hearings sound very simple, however the reality is they can involve lots of witnesses, tricky evidential issues and can sometimes run for a few days. A contested hearing will be listed when the court has availability to hear it – and that is often months away! It is not uncommon, particularly in difficult cases, once the hearing has finished, for a Magistrate to take some time to consider the case and adjourn the matter to a later date for decision. If this is your fist offence, you can be surprised by the length of time this may take.

But wait, there is still more!

In addition to the specific dates listed above, there are sometimes other dates throughout the process that you need to attend court (further mention to obtain additional material, special mentions to discuss funding, applications to vary bail, rulings or decisions etc).

Each charge, and the story behind the charge is unique, so the way your charge goes through the Magistrates’ Court and the eventual outcome might be different to someone else with a similar charge.

To help you navigate this process, go and see a lawyer early on. You don’t need to do this alone. So, if you have been charged for the first time, whether you have one charge or twenty, whether you want to plead guilty or want to fight the charge all the way, contact us and we can help you through this process.