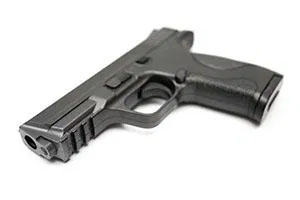 New laws have been introduced to tackle gun related crimes in Victoria, but with these proposed changes, serious human rights concerns are raised.

The Firearms Amendment Bill 2017 (Vic) passed through parliament yesterday. The new concept introduced under the amending legislation is the creation of a Firearm Prohibition Order (FPO). Under the amended Firearms Act 1996 (Vic), the Chief Commissioner of the Victoria Police, can issue an FPO, against any individual if it is in the public interest to do so. The ‘public interest’ may be satisfied of any one or more of the following:

Plainly, an individual facing allegations of misconduct that have not yet been proven to the requisite criminal standard may still enliven the ‘public interest’ consideration.

A Firearm Prohibition Order prohibits an individual from possessing, carrying and using firearms; and can be made on the basis of a person’s criminal history, behaviour or associations.

A FPO will remain in place for 10 years after being issued and can be applied to anyone over 14 years old.
A Firearm Prohibition Order is an Order that can be made without notice to the individual affected. There is no requirement under the amended Act for submissions prior to the decision to issue a FPO by the Chief Commissioner.
Under the new laws the penalty for a prohibited person being found with a gun is 10 years imprisonment. However, the real controversy regarding these laws is in its expansion of police search powers.

New search provisions inserted into the Firearms Act 1996 (Vic) will be introduced that significantly broaden search and seizure powers in available to police in relation to individuals who are subject to a Firearm Prohibition Order.

Under the amendments, an individual who is subject to a FPO, may be personally searched, or have their property searched (home, vehicle, vessel or aircraft), without a warrant, and without their consent. The threshold is simply whether the search is ‘reasonably required’ to ascertain whether an individual as breached a FPO. This threshold requirement for a search under the amended Act is thus lower than the well established principle of “reasonable grounds” a concept, relating to the common law and existing search powers legislation in Victoria.
The new laws also extend to anyone associating with the person subject to the order, if the officer reasonably suspects they have committed a firearm related or other offence.

The intended effect of the new Firearm Prohibition Order regime is to dismantle organised crime networks, by making certain individuals ‘toxic’ to associate with due to increased police powers over the individual.

However, the laws drastically overturn long held civic norms regarding the scope of search powers and the rights of individuals.

Indeed, when entered into parliament the Bill was specifically noted to be inconsistent with many parts of the Victorian Human Rights Charter including the right to freedom of association, right to privacy and right to protection of children.

A NSW Ombudsman report of a similar firearm prohibition order regime noted that it was too early to tell whether the expanded search powers had their intended effect in effectively policing gun-related crime.

A far greater concern from a legal and community perspective is that these laws were passed with little resistance or public debate despite being evidently incompatible with human rights norms.