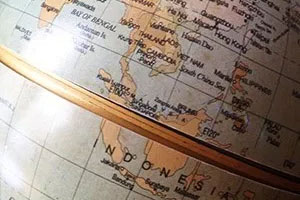 Recent reporting in the Age details the Chinese police’s pursuit of corruption suspects in Australia. Under the rubric “Operation Fox Hunt”, China has embarked on a worldwide manhunt for allegedly corrupt officials and citizens to be returned to China to face charges.

The article recounts the situation involving Mr Dong who is currently living with his family in Melbourne. He is wanted by Chinese police for offences that are described as involving his tenure at a private company and do not appear to sit strictly inside the parameters of what the Interpol notice against Mr Dong was; namely bribery. It is also understood that Mr Dong is contesting these charges, claiming that they have arisen from a dispute with his former boss.

The article also states that Mr Dong is a member of Falun Gong, a spiritual practice that is perceived as a subversive cult by the Chinese Authorities. Anyone with even the healthiest amount of cynicism would be excused for wondering if this had even the slightest impact on the nature of justice that he receives in China.

Obviously, the Chinese authorities had made the decision to not follow through on an attempt to extradite under the treaty on extradition between Australia and the People’s Republic of China. Because there is not one in place at present. Even if there was an extradition treaty they would have a fair appreciation of the issues that may confront them on an extradition hearing.

Instead, Chinese police travelled to Melbourne in what appears to be a covert process to avoid applying for a Court order that they can not get. I leave it to you to imagine what methods of persuasion would impel a person happily living here to pack up and return to a bleak future over there.

The difficulty in this situation is that the law and the application of the law in China is not very clear.

My interest in this also extends to a number of our own Chinese clients who have recently come to us, concerned about extradition. On reflection, they would be fretting about “Operation Fox Hunt” while not naming it as that. They have come to discuss what the process and practicalities are and what will happen to them if there is an attempt to extradite them.

Obviously there has been discussion at the highest levels about an extradition treaty although it has not been followed through on yet.

What to do in relation to potential extradition presents an interesting question, from a legal perspective. As with so many legal issues, the starting point has to be that you get out what you put in. Preparation is the most crucial consideration in increasing potential chances of success. The point at which you have been seized and there is an attempt to extradite you, is already too late to begin establishing your legal position.

Under the earlier draft extradition treaty, Article 3, there are mandatory grounds for refusal to extradite inter alia:

(a) the offence for which extradition is requested is regarded by the requested party as a political offence;

(b) the requested party has substantial grounds for believing that the request for extradition has been made for the purpose of prosecuting or punishing the person sought on account of that person’s race, sex, language, religion, nationality, political opinion or personal status, or that that person’s position in judicial proceedings may be prejudiced for any of those reasons;

The preparation required to establish that your client does indeed fall within these grounds will require a fair amount of lead time. It would be necessary to acquire witness statements and affidavits from numerous people to establish these various points. There are also discretionary grounds for refusal. Two of these are:

(b) the requested party has decided to refrain from prosecuting the person from the offence in respect of which the extradition is sought;

(c) the requested party while taking into account the seriousness of the offence in the interest of the requesting party considers that the extradition would incompatible with humanitarian considerations in view of that person’s age, health or other personal circumstances;

A person who believes they might be subject to an extradition application now (from any relevant country) should prepare their case as if the Police were at the door with an arrest warrant. All the work can then be tucked away in safe keeping and, hopefully, never need to see the light of day. However, if an extradition request arises at a later point, it stops any delays or problems in gaining information at that point. Call it extradition insurance.

I am also intrigued to note the prevalence of Falun Gong people who have concerns that there is going to be an attempt to take them back to China. Their concern is that they will be taken back on collateral charges but that the real reason if the treaty is passed for them being extradited is their links to Falun Gong.

If the Chinese authorities are coming over and trying to exert influence over people living in Australia, surely the better way of doing this is to inform the Australian authorities that they are making an approach to people. I would be very surprised if the Police filled in their visa declaration indicating the true reason they were visiting Australia.

The Age newspaper article did indicate that Chinese authorities have acknowledged that behaving in this manner inside another sovereign State was wrong.

Obviously, there will be occasions in the future where there is a genuine reason for the Chinese Government to apply for the arrest and extradition of certain parties. But, in circumstances where there is some covert nature to what the Chinese authorities are doing, it more than implies the fact that it isn’t completely legitimate in either process or underlying motive.

And, you know, the fact that Australia is said to be in the list as one of the top three destinations for Chinese fugitives is, in fact, a reason to be proud of Australia. That people who are fleeing persecution would feel that they get protection from our Courts respecting the rule of law is a very positive sign.