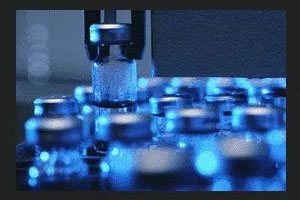 Dr. Robertson is a forensic toxicologist at Independent Forensic Consulting and a specialist consultant to a range of medico-legal organisations. Dr. Robertson graduated with a Doctor of Philosophy in Forensic Medicine from Monash University with a background in pharmacology, toxicology and analytical chemistry. Dr. Robertson is an expert in drug and alcohol-related matters and has assigned, supervised, performed and certified hundreds of toxicological analyses and has testified as an Expert Witness in most courts within Australia for prosecution, defence and plaintiff lawyers.   He holds membership of The Australian and New Zealand Forensic Science Society (ANZFSS); The International Association of Forensic Toxicologists (TIAFT); the Society of Forensic Toxicologists (SOFT) and The Forensic and Clinical Toxicology Association of Australia (FACTA).  He has been a member of the SOFT Drugs and Driving Committee and the SOFT Drug Facilitated Sexual Assault Committee and also serves as an invited reviewer for the international journal, Forensic Science International.

In establishing impairment from alcohol or drugs, there are distinctions between the two modes of testing, therefore differences in how impairment is proven.

In the absence of any relationship between drug levels and impairment, the following must be determined:

The probability of establishing impairment is directly related to the strength of the answers to these questions.

A drug concentration alone, in the absence of the above knowledge makes it very difficult to establish impairment.

There are many variables in drug testing as the effects of different substances will most certainly affect the level of intoxication and impairment.

Q. Can you get a positive oral fluid test for methamphetamine when person was taking phentermine?
A. Yes, during the roadside tests however the lab should be able to distinguish between the two during confirmation.
Q. Oxycodone – Are the number of tablets seized consistent with personal use or dealing?
A. Tolerance to opiates means a ‘normal’ dose to a tolerant individual may be 10 fold the standard therapeutic dose leaving the line between distribution and personal use very blurred.
Q. Does the presence of methylamphetamine in the blood of the driver mean he was impaired at the time of the collision?
A. In the absence of any corroborating evidence, in general it cannot be concluded that the mere presence of the drug implies impairment.
Q. Can drug residue remain stable in a syringe for 4 – 6 months?
A. Depending on the drug, however most drugs are relatively stable and would be expected to be detected are many months assuming there was enough there in the first instance.