Driving with a suspended/disqualified licence 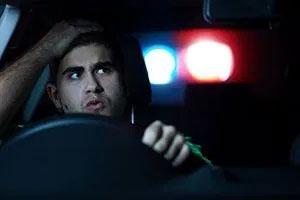 There is a very good reason to engage a lawyer if you are charged with a driving with a suspended or disqualified licence: losing your driver’s licence can mean losing your livelihood.

One of our lawyers recently saw a large number of unrepresented members of the public go before a Magistrate on traffic charges resulting in their licences being disqualified. In one case a truck driver had his license disqualified for an eight-week period. Unfortunately for a worker like this it clearly would end his employment. The financial flow on for him and his family would be devastating.

The Magistrate had a set tariff in his mind which was 8 weeks if you drove when your drivers licence was suspended or disqualified. That was the starting point in his mind and what he openly articulates as being his starting point. He would tinker down a bit if there were compelling circumstances but not far, perhaps to 6 weeks off the road.

As defence lawyers we think about appropriate penalties differently. Our starting point is that there are a lot of situations where imposing a further disqualification of driver’s licence helps no-one.  Going to Court, being told off, and having it explained how penalties can include prison is important and changes most peoples behaviour. Also in the process you lose a day’s pay and a lawyer’s fee.

Certain driving offences require automatic licence cancellation or suspension (such as drink-driving or speeding). For other driving offences, Magistrates can decide whether or not to suspend or cancel a driving licence (a judicial discretion).

When a discretion does exist, a well prepared plea in mitigation can be the difference between a stern warning and a job ending court order.

Even when a period of disqualification is mandatory for a charge, there may still be options available. For example, in limited circumstances a defence of an honest and reasonable mistake of fact may be available.

This could also apply to a situation where a person has driven whilst disqualified or suspended but was not aware that an order suspending their licencehad been made because they did not get their mail.

It is very important to present material to a Magistrate in a form that answers their questions and suggests a simple course for them to take. This involves having worked out what the “hook” will be for the case.  What is the simple proposition about this case that entitles your client to be treated differently from the next accused on a drive disqualified or drive suspended charge?

A lawyer will help organize character references, medical evidence, payslips or whatever else supports your case. A Lawyer helps the Magistrate by thinking about the essence of the case and having some proof to back you up.