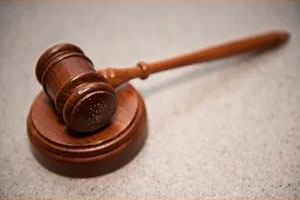 There is a murder investigation. The Police are trying to link a suspect to the murder via another witness and they cannot get to this secondary person directly. This witness is resolute in declaring that they will not talk to the Police about the investigation. The Police know this witness deals drugs but cannot prove it. The police now need a third tier person to give evidence against the witness about his drug dealing so they can in turn, pressure him to do a deal with them  and force him to give them the statement they want.

He’s swallowed the bait, but here comes the hook. The Police assure him he will face no charges – as long as he gives a statement about the witness.  A statement is given implicating the witness in major drug dealing on numerous occasions. There is other evidence but this is the clincher, the link.  Our third tier person is now the star witness.

How much of this process is disclosed to the defence? Which details would the jury get to hear? More than likely nothing at all. The jury might hear that a good friend of his accepted an immunity from prosecution to give evidence. Defence could speculate but they are not, as a rule, allowed,  to have the transcripts of the earlier proceeding. The conversations with the Police are not recorded.

Star witness for the Crown.

The Police lose a jury trial and the Informant who might have spent years working on the case is annoyed. He gets a witness like in the example above. Or he uses more nefarious techniques to do it (remembering that the above is all strictly legal). A bribe, a threat.

Should the Police come up with a credible witness after the trial who says they perjured themself they can have another go at the trial.

This change to the finality of jury trials undermines a fundamental principle of our system that we have held for hundreds of years. It is an attack on one of our most important rights.

The State which brings a prosecution should have only one shot at it. The burden of proof lies with the prosecution to convince a jury beyond a reasonable doubt. If they can’t do that, then perhaps they shouldn’t be going to trial. This legislation would undermine the finality of the Court process and leave the person in suspense as to whether they might cook up a further case against them.

Another scenario to consider:

A group of undercover Police act as a criminal gang. They allegedly party and drink hard. They involve a civilian in their gang, with whom they drink and party hard. They emphasize that the civilian must display loyalty to the gang and notify them if Police approach him. This deception goes on for months.  The civilian had been seduced into the gang and wants to belong. The Police involved are experts at ingratiating themselves. It brings the civilian status and benefits.  The interactions are not recorded and whatever claims the civilian made about what was said, would all be denied by the Police.

The civilian is approached by other Police and told they are to be questioned about an old murder.

The civilian tells the gang and alleged admissions are made about the murder. They insist they were just trying to act tough to stay part of the gang or that they were not making real admissions.

This technique is widely employed to result in a confession of criminal activity to other members of the gang in order to belong. The gang members engage in a bit of a skiting match about things they’ve done. The police then use those admissions.

That is the basic premise of one investigation technique that is used by the Victorian Police. And goes to show by what procedures some people are brought to trial.

So it is not as simple as it seems.

There is no justification for this legislation and hard earned rights should not be taken away for no good reason. Citizens have very few fundamental rights as it is. One is the right not to incriminate yourself (under serious threat).

It is a  fundamental right to not be put on trial again if a jury of your peers has found you not guilty.