Home » Criminal Law » Directors and the impact of a criminal conviction

Directors and the impact of a criminal conviction 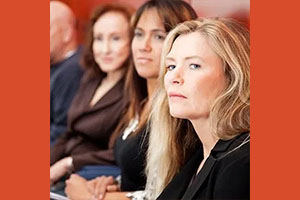 We are often presented with the question of what effect a criminal conviction will have on a Director of a Company and whether or not, once convicted, they can continue in that capacity.

The simple answer is that it will depend on the nature of the conviction. The Corporations Act 2001 Under Part 2D.6 states:

Automatic disqualification of Directors under the Corporations Act

(1)  A person becomes disqualified from managing corporations if the person:

(a)  is convicted on indictment of an offence that:

(i)  concerns the making, or participation in making, of decisions that affect the       whole or a substantial part of the business of the corporation; or
(ii)  concerns an act that has the capacity to affect significantly the corporation’s financial standing; or

(b)  is convicted of an offence that:

(c)  is convicted of an offence against the law of a foreign country that is punishable by imprisonment for a period greater than 12 months.

The offences covered by paragraph (a) and subparagraph (b)(ii) include offences against the law of a foreign country.

We note that under (1)(b) of the above legislation, it is stipulated that a disqualification is automatic if the Director is convicted of a dishonesty offence that is punishable by a maximum of three months. Well, the reality is there are very few dishonesty offences that have a maximum penalty below three months. So the question of disqualification is pretty clear in most cases.

So, what should a Director do to avoid conviction?

Each of these options depend on the facts and circumstances of the particular matter and an understanding of the sentencing framework.

If a Director is convicted or even imprisoned, then he or she would be automatically disqualified. They are not to manage a company or operate a business in the next five years of their conviction, or if they are imprisoned – within five years after your release from prison.

The only way for a disqualified director to get back at the helm of managing a company again is to be given permission by ASIC or to be granted leave by a Court, but understandably, the hurdles to this are high.

As with running a business, preparation is everything. If you are a Director facing a conviction you must call an expert criminal lawyer and discuss your options.

We cannot reiterate enough the importance of being completely comfortable with your lawyer. You need to speak candidly and frankly and, in turn, your lawyer needs to be open and pragmatic about your options and your defence strategy. A lawyer who has experience in getting diversions and non-convictions will be able to give you examples and explain the process to you in detail. This is the best start to minimising the impact on your life and livelihood.