Home » Criminal Law » Defending rape charges. The devil is in the details.

Defending rape charges. The devil is in the details. 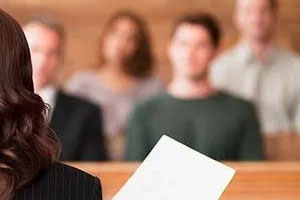 Our client was on trial for rape. His career, his family and many years of his life hung in the balance. If he were to be convicted, after serving his minimum term he would be deported and torn away from his wife and young children. He would never work again in the specialised field of psychiatric nursing. In all likelihood his marriage would be over and he could not be sure when he would see his children again.

The evidence in the case was finely balanced, like so many cases it boiled down to his word against hers. The live in nanny who had been with the family for 3 months left the home early in the morning, in what was a sudden departure after an incident the previous night. She alleged that on that night, our client had forced himself on her, raped her.

A criminal trial can turn on the smallest piece of evidence. In the course of a trial, evidence that did not seem important previously suddenly becomes crucial. Other issues develop or fall away throughout the case.

When defending an accused person, it is essential to be fully prepared in order to grasp opportunities and develop inconsistencies that suddenly emerge. A trial lawyer needs to be able to do this in order to maximize a client’s opportunity of success.

Thorough preparation involves a sound analysis of the issues in the case to develop a compelling theory of the realities in the case. A compelling case theory will help communicate the accused person’s version of events to the jury.

In a sexual offence case even the smallest inconsistency, exaggeration or proven motive for the complainant to make a false accusation can powerfully affect the jury’s assessment of a witness’ credibility. The defence lawyer must stand prepared and ready to take advantage of these issues. A witnesses’ credibility may be so affected that the jury are no longer satisfied by the evidence to the required standard of beyond reasonable doubt.

Our client’s trial was evenly balanced. He was a man with no prior convictions. His case was a case with some bizarre features – he was the first to involve the police. He went to the police and told them that the complainant had made unwanted sexual advances towards him. He had chastised her and she disappeared from the home. He gave police her contact details putting them in touch with her. When the police called the complainant she told them ‘if he is going to complain about me then I will complain about him’. In support of the complainant she had left the home suddenly and complained to a friend on that same night.

At trial the complainant gave her evidence well, she was mild mannered and calm. If the jury accepted her evidence beyond reasonable doubt, then our client would be convicted. Many issues were pursued and developed throughout the trial from the defence opening address to the jury and on through the cross-examination of witnesses.

It is impossible to say what might have tipped the balance in this case, was it an accumulation of all the issues that contributed to doubt or a single piece of evidence? But there was one unexpected piece of evidence that emerged in the middle of cross-examination that became important.

Following the contact by police the complainant eventually went to a hospital seeking a medical examination. She said that she went there to look for symptoms or any evidence on her body. The evidence from the doctors was that the complainant had declined an internal examination of the vagina. I had prepared a line of cross-examination to question her about this – if she were there to gather evidence, why decline an internal examination? This was a minor point, perhaps a weak one, there may have been many reasons to decline an examination, including discomfort.

It was important to emphasize the claim in cross-examination and develop the argument fully in the closing address. A defence lawyer must be ready and prepared to take advantage of a change in the evidence like this. What was a minor point in the case could become something of serious significance to the complainant’s credibility: she had lied about the internal examination and was contradicted by two doctors. The examination was of no real importance in the case but the lie showed that she may have been motivated by something other than the desire to tell the complete truth. In response to my questions on this topic, the complainant demonstrated a willingness to lie when challenged, to make things up to exaggerate and to support her side of the story.

Whilst this can only have been damaging to her credibility we can never know how much weight the jury gave this evidence. We cannot know what weight will be given to any issue or any individual piece of evidence. That is why it is so important to be prepared to seize any opportunity to make a point for the accused.

Ultimately the jury found our client not guilty. Whether they acted on this evidence or the many other issues in the case cannot be known. What can be known is that each point that can be taken, must be taken, to ensure the accused has the defence he or she deserves.