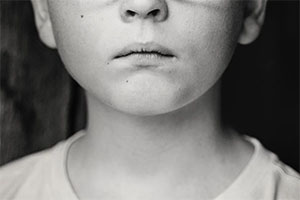 Offences relating to child abuse material (“child pornography” charges) are some of the most widely condemned in the country. As a result, being charged with an offence of this sort can be life shattering. Here is what you need to know about child pornography offences and the potential defences available.

In Victoria you can be charged with a child abuse material offence under either Federal law or State law.
Under Federal law, the Criminal Code Act 1995 (Cth) contains several offences prohibiting the production, distribution and access of material that sexualises children.

Under section 474.22, it is a criminal offence to use a carriage service, such as the internet, to:

This offence carries a maximum penalty of 15 years imprisonment.

Under Victorian law, offences exist under the Crimes Act 1958 (Vic) for possessing (s 51G) and accessing (s 51H) child abuse material, as well as separate offences for production and distribution.

For possession and access offences, the maximum penalty is 10 years imprisonment.

Under both Federal and State law the definition of child abuse material is quite broad encompassing media, images and text depicting a person who is (or appears to be) a child:

The standard by which this material is held against is what a reasonable person would regard in the circumstances as being an offensive depiction.

A number of exceptions exist for the application of child abuse or child pornography offences, for example the offences do not apply to police investigators engaged in official duties in good faith.
Moreover, separate exceptions exist if the child depicted in the abuse material is the person charged and any other child depicted along with is not more than 2 years younger than them.

Formal defences also apply if the material possessed or accessed:

It is the defendant’s (the accused person’s) responsibility to prove a defence “on the balance of probabilities”.

Under s 51L of the Crime Act 1958 (Vic) and the Criminal Code it is a defence to possessing or accessing child abuse material if the material is produced or possessed for an artistic or public benefit.

The defence of artistic benefit does not apply if the prosecution proves that the person depicted in the material was actually under the age of 18 (as opposed to simply appearing under 18). It is usually a defence only open to depictions of animated or fictitious persons.

Under s 51P of the Crime Act 1958 (Vic) provides a defence if at the time at which the image was first made, the child whose depiction in the image:

Similarly, both Federal and State laws allow for the possession images of children aged 16 or 17 years old if the defendant was legally married or the defacto partner of the child at the time.

Generally, an child pornography charge will not be made out unless the defendant knowingly possessed or accessed the child abuse material.

As such, material that is automatically downloaded from the internet onto someone’s computer is not sufficient for an offence of possession (DPP v Kear [2006] NSWSC 1145).

Under s 51T of the Crimes Act 1958 (Vic) it is a defence for a possession offence if the defendant:

If you have been charged with an offence relating to child pornography or child abuse material, it is important that you get legal advice immediately.

The earlier you contact a lawyer, the more prepared will be your defence.

Contact our office to discuss with an experienced defence lawyer.