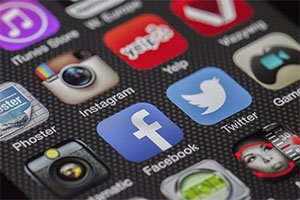 The Federal government is planning to introduce legislation which will see executives of social media companies prosecuted for not removing terrorist content in a ‘reasonable amount of time’. This is in response to the Christchurch attack in March which the offender livestreamed on Facebook for 17 minutes and was available online for one hour after it was posted. I cannot help but wonder, why does the government want to pin blame on social media bosses for an incident that they had absolutely no control over except to delete the online content once it was posted.

Under the new laws, a social media executive may face up to 3 years’ imprisonment if they are found guilty and companies could be fined up to 10 per cent of their annual turnover.

Prime Minister Scott Morrison was quoted by ABC news saying – ‘This is about keeping Australians safe by forcing social media companies to … stop terrorists and criminals spreading their hate.’ This rationale for the new laws is flawed given that commercial media outlets exploit images of terrorist acts to sell stories. If you cast your mind back to September 11, 2001, every media program repeatedly showed footage of two planes being deliberately flown into the Twin Towers and the Towers collapsing. There was nowhere anyone could turn to avoid seeing or hearing about those graphic acts of mass human destruction. Similarly, in more recent times, media companies showed James Gargasoulous’ murderous rampage down Bourke Street. It is a tragic irony that while writing this blog I was able to view mobile phone footage of the knife wielding Bourke Street terrorist on ABC’s News website – https://www.abc.net.au/news/2018-11-13/bourke-street-talking-about-terrorism/10491256. Why are major media organisations exempt from the same high standard that Prime Minister Morrison is planning on placing on social media companies?

Sadly, access to confronting images is the by-product of the proliferation of instant online news content. Considering that approximately 2 billion people have a Facebook account, one hour was a swift response by Facebook’s sensors. Prime Minister Morrison, I urge you not to get distracted from the real issue here and that is – how do we stop acts of terrorism? not platforms which show it.