‘Crime tax’ proposal: A populist move likely to cause more harm than good 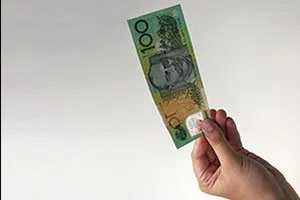 The fine would be $100 in the Magistrates’ Court and $350 in the County and Supreme Courts and would need to be paid within 28 days following conviction.

Mr Davies proposed in his submission to the Review that a small fee be added to all criminal offences (including infringements) to fund victims of crime claims. This appears to have received some early support by the Andrews Government.

Matthew Guy, has previously supported more comprehensive redistribution schemes for victims of crime. Early last year he floated a proposal to force offenders to forfeit their superannuation money to victims.

It is estimated that the ‘crime tax’ scheme could raise up to $50 million to support Victims of Crime, however this benefit is likely to be majorly outweighed by unintended harms.

Indeed, there is a clear correlation between socioeconomic disadvantage and an increased risk of reoffending. This correlation is particularly evident for Aboriginal and Torres Strait Islander offenders.

Any scheme which increases the dire straits of offenders is also likely to increase their propensity to commit further crimes. Whilst this scheme is intended to assist victims of crime, it may unintentionally increase the number of victims in the process.

An Inequitable Means of Punishment

A key feature of our legal system is that everyone is treated equally under the law. However, financial penalties in an economically unequal society do not punish individuals equally.

A $100 fine to be paid within 28 days following conviction will be experienced as a ‘slap on the wrist’ for an individual earning over $100,000 per year, but is highly disruptive for an individual surviving off a $538.00 a fortnight Newstart payment.

Indeed infringement regimes which imposed a fixed fine on offenders have been shown to disproportionately punish disadvantaged offenders.

Offenders Do Not Exist in a Vacuum

In the recent discussions about the ‘crime tax’ little mention has been made of the partners, children or other dependent family members of offenders who may require financial support.

Any attempt to ‘tax’ offenders will inevitable have a negative financial impact on all innocent individuals who depend on the offender for financial security.

Crime not only causes direct harm to victims but also often has a devastating impact on the lives of friends and family of the offender. This needs to be considered in assessing the ethics of any proposed fine.

It is worth stopping for a moment to reflect on why neither the Andrews Government or the Opposition’s Guy supported the idea of Mr Davies to impose the “fee” on infringement notices.

I suspect the reason has much to do with the attraction of the narrower proposal to the major political parties – it’s an easy and vote winning policy that pits “them”(the criminal offender) against “us”(the law abiding citizen).
But not such an attractive dichotomy when you include all of “us” who get the occasional ticket.

Sadly, the crime tax proposal continues the trend in the lead up to the Victorian election of populist ‘law and order’ rhetoric overshadowing evidence-based criminal justice policy.