"Consorting laws" – Where the government legislates against our fundamental rights 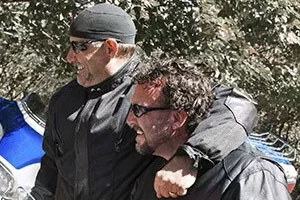 I am no longer easily astonished. Not in my line of work.

But every now and again, I am dumbfounded by certain things. Right now, I am astonished by how willing we are to allow the rights of our citizens to be attacked by the Government. Take the new Criminal Organisations Control Amendment (unlawful associations) bill 2015; the new anti-consorting bill that has been tabled in the Victorian parliament.

Consorting laws are, in effect, the criminalisation of relationships. They are used by the police to control people who they believe to be likely to fall into criminal behaviour. The police and certain members of the population often have a very antagonistic relationship, particularly so where there is a squad of police who are investigating a certain group. This dynamic also occurs in small towns where the police perceive that particular people, groups of people or classes of people are responsible for crime (i.e. Aboriginal people in some country towns). Over-policing creates more offending and the people that are targeted are the people police don’t like. It becomes a vicious cycle.

Citizens who have been convicted of an offence should be able to take punishment from the government and then move on with their lives. To include this concept in the law where the police can decide who anyone can associate with or not, even though the person has been your friend for decades, is, to me, an outrage. The idea that this in some way deals with an outbreak of outlaw motorcycle club criminality is pure nonsense. The statistics in relation to outlaw motor clubs and the amount of crime that they commit is so statistically small, it cannot justify this legislation.

However, the legislation also states that you may associate for three occasions within a three month period or six occasions in a twelve month period.

This, to me, underlines the fact that they know this is bad legislation. If a person was likely to fall into crime just by being in another person’s presence then surely there should be a blanket non-association. The idea that you can get together on up to three occasions is just nonsense. Are they seriously inferring that you need more than three occasions to be able to arrange a crime, if that is what you were intending to do?

So, the decision about who should be prohibited from associating with who is left in the hands of the police. This should fill all right-minded citizens with horror. The idea that we should feel some level of protection due to the deciding officer being above the rank of senior sergeant is as nonsensical a proposition as I can imagine. If there are people with a distrust of police officers and their organisation, it does not decrease depending on how far up the chain the officer in question is.

Imagine if the disbanded drug squad had been able to control people in this sort of manner.

Would anyone think that these powers would have been abused?

What is an applicable offence?

As you can see, it is a very wide section and involves everything potentially, from having committed fraud with another person to ongoing offending of any sort of nature and then also sexual offending.

It is the police being unwilling to accept that they should prove that somebody has committed a crime but still wanting to control their lives. This is fundamentally unacceptable in a democratic society and it astounds me that both sides of the house will vote in favour of this when it comes in. It seems that the old style Liberal who believed in the rights of an individual and the holding back of the untrammelled powers of the state is long dead and gone.

I also shudder to think of the enormous waste of resources in this process. We will have a consorting squad of some sort going around and following and checking people to see if they are breaking the law. That is not a good use of resources as shouldn’t they, in fact, be out there trying to catch people who have actually committed crimes? There is no evidence to suggest that this will reduce crimes. Again it seems to be just for the benefit the squads who are in a dance with the outlaw motorcycle clubs wanting to have more powers over them.

Let us also not forget that consorting as legislation fell into disrepute in the past. Nothing has changed, you are still going to be criminalising relationships where there is no criminal behaviour.

This legislation has been rebadged as some fight against outlaw motorcycle clubs, but in reality it is a fight against the rights we should hold strong to.