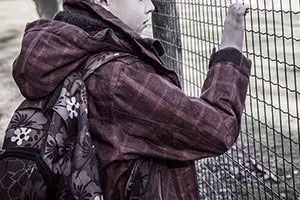 In the time that I have been appearing in the Children’s Court, something has given me pause on more than one occasion. Regarding matters where the accused are children, my concern surrounds the broad application of complicity.

Section 323 of the Crimes Act states that an accused is complicit in offending if he/she:

a. intentionally assists, encourages or directs the commission of the offence; or

b. intentionally assists, encourages or directs the commission of another offence where the person was aware that it was probable that the offence charged would be committed in the course of carrying out the other offence; or

c. enters into an agreement, arrangement or understanding with another person to commit the offence; or

d. enters into an agreement, arrangement or understanding with another person to commit another offence where the person was aware that it was probable that the offence charged would be committed in the course of carrying out the other offence.

The issue that I have with this in relation to children’s matters is that some Prosecutors rely on complicity simply because the child was present at the “scene of the crime”. However, time and time again my clients, especially those charged with theft and assault, have instructed me that they believed it was appropriate to simply stand back, as long as they didn’t get actively involved in the offending. This becomes especially problematic in assault matters where the Prosecution will generally assert that the presence of the child created a situation that encouraged the assault and added to the victim’s intimidation, simply by being there.

This seems to me a very simplistic response to a what may well be quite a complex narrative, involving a set of circumstances that a young mind may not have the experience nor the fortitude to deal with in that moment. I question whether or not children have enough insight or maturity to do more than simply stand back or not get involved, as they are often told to do when faced with trouble, and are consequently being bundled into offending that they were not actively involved in.

It also raises serious questions of the affects of peer pressure, whether in that moment they believe their safest bet is simply to stand back and not get involved; an interesting topic from a psychological point of view.