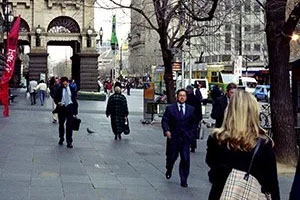 I anticipate that there will be a number of issues initiated by the change.  In sentencing, there are many factors to consider. The complexity lies in fitting a number of random-shaped pegs into only a few basic-shaped holes. Constantly, the question arises “is it worthy of prison time?” Also, under the old sentencing regime, “could a sentence be served in the community? (as an ICO) or be served suspended (on the basis that any fresh offending would result in immediate prison time)?”

I can discern two main concerns that will arise for the appellate Courts.

1) What does a Judge do if it is serious enough offending to clearly warrant prison but the Judge believes there is enough chance of rehabilitation that they do not want to put them in straight away?
2) Can you give what appears on the face to be a penalty that is too low as the only options are prison or CCO? In the past you may have sought a suspended prison sentence for a serious assault, but a community based order would not have appeared in range.

The information from Corrections advises that the CCO sits between a fine and jail on the sentencing hierarchy (where the CBO used to sit).

The Sentencing Manual sets out below the sentencing considerations about CCOs.

14.3 – Sentencing considerations for the CCO

The predecessor to the CCO, the CBO, was imposed for a wide range of offences, including manslaughter, where the court considered that the circumstances warranted mercy or leniency. Decisive considerations for imposing a CBO for serious offences included:

More commonly, the CBO was reserved for less serious offending. While there is no definite legislative authorisation for a change to this situation, the CCO may be an appropriate sanction for a wider range of offences and offenders. When introducing the sanction, the Attorney-General stated:

The government recognises that jailing an offender is the most serious punishment available. There must be a flexible and practical approach to community-based sentencing that can be tailored to suit the very wide range of offending which, while serious, does not warrant a sentence of imprisonment. This approach is embodied in the reforms introduced in this bill, to which I will now turn.

Community-based sentences are an important part of the sentencing spectrum. They provide courts with a way to intervene in the lives of offenders who deserve more than a fine, but should not be sent to prison. A community-based sentence allows an offender to remain in the community. Offenders are able to maintain their employment, live at home and draw on the support of their family and friends (Victoria, Parliamentary Debates, Legislative Assembly, Thursday 15 September 2011 (Mr Clark (Attorney-General)).

Yesterday I had a client receive a CCO for an armed robbery (where the Crown conceded that a CCO was within range given the age and lack of relevant priors of the accused).  It would seem that, reading the A-Gs comments, a CCO could arguably be considered to also replace an ICO.

The interesting, and unforeseen, consequence of this change is that many offenders may receive what appears on the face of it to be a lesser penalty than under the old regime.

With anything new there is a period of discovery and evaluation, thus we are keen to hear of the findings and experiences of other barristers and solicitors regarding these changes. We welcome your comments and contemplations on this topic. If you would like to write a short article, please submit it to info@criminal-lawyers.com.au and we will publish it on this blog.