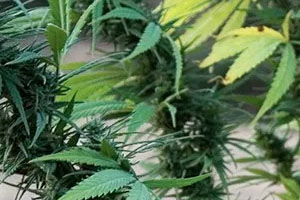 A client came into the office recently, clutching his charge sheets. The main charges were cultivating and trafficking a commercial quantity of marijuana. The first question to cross my mind was “Why is he here?” Not as in, “why is he coming to see me?”, but as in, “how is he physically in my office?” To be granted bail whilst facing charges for possessing a commercial quantity one has to establish “exceptional circumstances”.

It emerged after some probing that the officer who charged him was fairly junior and inexperienced. In Court, the Magistrate noticed the obvious issue and raised the question to the Prosecutor, “why is he on bail?” I had never encountered this Prosecutor before, she seemed fairly inexperienced too, thus did not take the opportunity to apply to revoke my clients bail. Fortunately she instead steadfastly defended the decision to grant him bail.

In these circumstances, it can occur that there has been some deal struck between the Police and the client (although, I don’t believe there was in this case) and that can explain police granting bail. At other times, one can just put it down to the vagaries of the system. As an active criminal lawyer in Melbourne, I have come to know that there are a few when it comes to dealing with charges of this nature.

How to make a good start when facing charges of cultivating or trafficking a commercial quantity of cannabis:

A Judge may take the cynical approach and deem that these actions are being followed with an eye to look better in Court but often people start doing very worthwhile things with their lives after the wake-up call of being charged. Any steps towards rehabilitation count in your favour during sentencing.

The question of intent:

This intention can be proved directly or by inferences. An inference can be drawn from a state of mind that is less than knowledge, such as proof that the accused was aware that there was a significant or real chance that the amount of drug trafficked was not less than the specified quantity. Whether an inference of intention to traffick in not less than the specified quantity can be drawn is a question of fact for the jury to determine based on all of the facts and circumstances. Such an inference should not be drawn if any other inference is reasonably open.

The same intention is required for cultivation of a commercial quantity. The accused must have intended to cultivate the commercial amount.

And, it is our job to make that particular blurry line clear.

As an active criminal lawyer in Melbourne, I have come to know that.