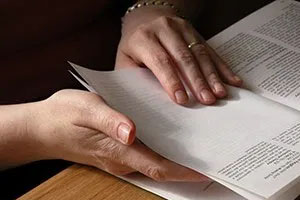 There have been a number of changes to both Commonwealth and Victorian Sex Offender registry laws that impact upon persons with reporting obligations under the Sex Offenders Registration Act 2004 (Vic).

On 20 June 2017, the Commonwealth Parliament passed legislation1 that amended the Australian Passports Act 2005 (Cth) and the Criminal Code Act 1995 (Cth). Those changes commence operation from 13 December 2017. The changes apply to reportable offenders. A reportable offender means a person:

The effect of the changes was to create:

A relevant Sex Offender Registry may request that the Minister for Foreign Affairs refuse to issue or cancel a passport3. Once that request is made the Minister must cancel or refuse to issue the passport4. Following the request, the decision to refuse or cancel is mandatory and not subject to merits review by the Administrative Appeals Tribunal.

Offence to Travel Overseas Without Permission

The changes also create an offence for a person whose name appears on a state or territory child sex offender register to travel or attempt to travel overseas without permission from a competent authority. An offence against this new law will be punishable by up to five years’ imprisonment.

The following section creates the offence:

For Victorian registered offenders, permission to travel must be sought from the Victoria Police Sex Offenders Registry. There is no legislation governing their decision making on granting permission or not. Under the state act, the only obligation with respect to travel is to notify the Registry.

Importantly the offence provision, and the need to obtain permission to travel do not apply to a person whose reporting obligations are suspended5.

Further information for reportable offenders may be found at the Australian Passport Office website:
https://www.passports.gov.au/Pages/information-for-reportable-offenders.aspx#faq27

The starting point for applying for exemption or suspension of reporting obligations is to prepare a detailed written application. The application should be accompanied by reports from psychologists and/or psychiatrists that will formally assess your risk of re-offending. Such a report needs to be well written and comprehensive. This is something that your lawyer will help you with.

We appear regularly for people with issues relating to the Sex Offender registry so please contact one of our lawyers to discuss.

An exemption order is available to anyone who was 18 or 19 at the time of an offence where the victim was of the age of 14 or older. An applicant must satisfy the Court on the balance of probabilities that they pose no risk or a low risk to the sexual safety of the community.

The ability to apply for such an order has never previously existed.

Further detail about what is required is set out in the relevant sections of the Act:

11A Application for registration exemption order

11B Determination of application

Prior to the changes to the Act, the Chief Commissioner of Police could suspend a person’s reporting obligations for up to 12 months if satisfied that the person posed no risk to the sexual safety of the community. That risk assessment was interpreted strictly and almost no one had their obligations suspended.

The changes increased the length of time that the Chief Commissioner could suspend reporting obligations from 12 months to five years. The risk assessment was broadened from no risk to no risk or low risk to the sexual safety of the community. Establishing low risk will be much easier and the changes allow scope for many more people to have their obligations suspended.

The matters for the Chief Commissioner to consider are set out in the section of the Act: