Home » Criminal Law » Can You Stop Criminal Charges Before They Happen?

Can You Stop Criminal Charges Before They Happen?

The article Can You Stop Criminal Charges Before They Happen? is written by Amelia Ramsay, Associate, Doogue + George Defence Lawyers.

Amelia is an Associate and has a strong practice in providing advice and representation in all matters including a broad range of indictable offences including manslaughter (one-punch laws), foreign incursion and terrorism related offences, importation of drugs, cultivation of drugs, and sexual offences. Amelia performs her work with care and professionalism ensuring clients understand the Court process, their charges and that they receive the best possible outcome. 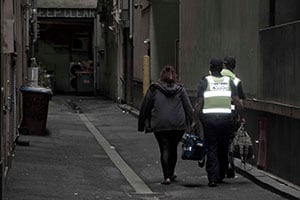 “If I’m charged, I’ll lose everything.”

Is there a clause in your employment contract that requires you to report any contact with police even if you have not been found guilty of an offence or do not have a criminal record? Do you have a public profile? Simply being interviewed or charged with a criminal offence may be enough for you to lose everything, or for your life to be fundamentally altered.

While many lawyers will advise you to wait for the first Court date or to wait to receive the brief of evidence, a skilled lawyer can be proactive and stop the charges before they happen.

We have successfully stopped many clients from being charged with criminal offences through strategic and targeted advocacy. A comprehensive written advice is prepared in conjunction with Senior or Queens Counsel and served on the police officer with carriage of the matter, usually within two weeks of a client being interviewed. The evidence is presented to the prosecution to show that they will not be successful in a prosecution and therefore should not charge our client.

How Does This Work?

The police attended our client’s home where he was arrested for indecent exposure. It had been reported by the neighbouring property that he had exposed himself to people from a window of his house. Our client was transported to the police station and interviewed where he made a full interview denying the offending and was released pending summons. He subsequently contacted our office and arranged an appointment. We obtained detailed instructions and attended the client’s home to view the scene. We obtained a transcript of the recorded interview and examined the police questions to understand the specific allegations of witnesses.

Private investigators were engaged to assist in the compilation of evidence. Data was gathered from a re-enactment of events, including a timeline and physical aspects of the scene such as lines of sight and lighting. Photographs and measurements were recorded in statements made by the private investigation team. Surveillance was also conducted in order to examine timings. A thorough and prompt investigation of the allegation was conducted. None of this was ever done by police.

Within a two-week timeframe, a comprehensive and persuasive advice as to the extremely limited prospects of success in a prosecution of our client was delivered to the police. Following consideration of our advice and supporting material, we were notified that the police would not be proceeding to charge our client and the investigation was closed.

On this occasion, the client contacted our office prior to interview. He had been informed by the police officer what the allegation was in relation to. Our client had met a woman through online dating. Following their second date, they slept together. The relationship ended after a period of time. The complainant, some weeks later, made a statement to police that the sex was non-consensual. The complainant further alleged that she could not recall most of the night after leaving the restaurant and must have been drugged.

Armed with this context we took instructions from our client including a detailed history of his relationship with the complainant. We determined that the best course of action in this case was for the client to give a full interview including a complete account of the relationship. We were able to provide our client with advice on police interviews, tactics and procedure so that he was prepared and able to focus on providing his side of the story.

Following the interview, we obtained a transcript of the audio disc. A private investigator was engaged to provide a forensic report on the complainant’s online presence including social media and web searches. We attended the restaurant where the complainant alleged she was drugged and compiled photographs of the scene. Our client provided his text message and email history with the complainant as well as his Uber account showing their travel on the night of the allegations. None of this information had been obtained by the police.

Again, in consultation with Queens Counsel, a comprehensive written advice with supporting material was delivered to the police officer with carriage of the matter. We argued that the prosecution would not succeed and that our client should not be charged. The police officer and her authorising officer were persuaded, and the matter did not proceed to charging.

These are two examples of the strategies in which I can assist you to deal with your legal matter. Not every matter is suited to this course of action, but it is important to act quickly to ensure all options are available to you.

If you have been contacted by police to arrange an interview or if you have already been interviewed, call our office on 9670 5111 to make an appointment with Amelia Ramsay.