Home » Criminal Law » Being prepared for a bail application

Being prepared for a bail application 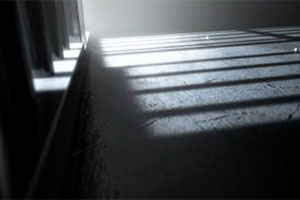 Understandably, a person’s first response when taken into custody by Police is to call their solicitor and jump straight into a bail application. However, sometimes it is more sensible (after having reviewed the circumstances of the matter) to list a bail application at a later date to allow the solicitor time to put as many supports in place as possible.

In my previous blog, I spoke about the recent amendments to the Bail Act 1977 (‘the Act’) and how it has become difficult to satisfy a Magistrate that bail should be granted. For this reason, it is important that bail applications are not rushed, and proper supports are put in place beforehand. This blog will speak about some of the supports that should be organised before a bail application is listed to increase the chances of success.

The applicant’s family should attend Court because Magistrates want to see that people have supports in the community. It also gives the Court confidence that the applicant has ties to the jurisdiction and a layer of supervision.  Magistrates are generally reluctant to release someone to their own devices.

This is especially the case for young people applying for bail. In my experience, I have seen Magistrates respond positively to the applicant’s parents being present in Court and giving evidence that they will supervise the applicant if granted bail.

Stable housing is vital to a bail application because a Magistrate wants to ensure that Police know where to find a person if they fail to appear at Court or commit further offending. A Magistrate will not grant bail to a person who does not have a static address. Therefore, if accommodation is an issue, it should be resolved well before the bail application is listed. Police normally do a search of the applicant’s address before the application and then raise his/her concerns about the address. For example, the address is known to Police because there have been numerous reports of drug dealing from there.

If the person applying for bail lives with another person, that person must attend Court to confirm that they consent to the applicant to resume living with them if released on bail. I have heard Magistrates say that they will not release the applicant to the address offered because the owner/lease holder may not want them to return to their home.

Where the applicant is a young person, it is helpful if the applicant’s parents attend Court and give evidence that they are prepared to offer a room in their house for the applicant.

The Court should be made aware if the applicant is the sole bread winner in the family.

If the applicant has a drug or alcohol addiction, it will assist their bail application if they can secure a bed in a rehabilitation clinic. Completing a rehabilitation program will also assist at the applicant’s eventual plea hearing because sentencing Courts reward people who have taken pro-active steps to addressing the cause to their offending.

Private residential rehabilitation clinics can be expensive costing in the tens of thousands of dollars and therefore may not be a realistic option for many people. However, the Court Integrated Service Program (‘CISP’) is a free service offered by the Courts to people with drug, alcohol, housing or mental health issues.

Speak with CISP before listing a bail application to decide if they can assist and how long it will take them to complete an assessment of the applicant.

CISP bail is onerous because it requires supervision, treatment and judicial monitoring. The availability of CISP may persuade the Magistrate to grant bail.

If the applicant has a history of failing to attend Court, the Magistrate may want someone to be a surety. A surety is a financial guarantor who takes responsibility for the applicant.

If this is the case, someone must attend Court on the applicant’s behalf to give evidence that they are prepared to be a surety and provide a sum of money to be held by the Court as a bond. If the applicant fails to attend Court or commits a further offence whilst on bail, the surety’s money may be forfeited.

The other way to provide a surety is to have someone place it over their house. You then do not have to provide any money but if the person does not answer bail you would forfeit the amount of money you have put up.   The Court needs a copy of the certificate of title, a rates notice and a statement as to how much is owed on the mortgage.

Having these supports in place will not guarantee that a bail application is successful, but it is certainly better than nothing.

For further information about Bail and Bail Laws in Victoria, see below