Home » Criminal Law » Baseline sentences – The submission you make when you’re not making a submission.

Baseline sentences – The submission you make when you’re not making a submission. 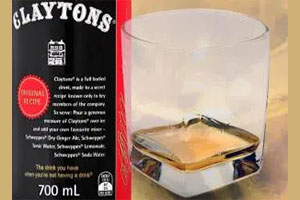 Some of you may have long enough memories to remember Claytons, a non-alcoholic whiskey advertised with the tag; The drink you have when you are not having a drink.

Some of you may have shorter memories but would recall the State Government asking for submissions on base line sentencing.  The Law Institute and a list of others were asked for submissions.

This truly was the Claytons request for submissions; the submission you make when you are not making a submission. The terms of reference were tight and expressly did not ask for an assessment of the merits of the proposal.

Surely I jest, you say. I wish I was.

The Government wants to introduce baseline sentences and so will not petition the merits of what is a very shabby idea.

So, you may ask, why are we going on about this now? Well folks, we are approaching an election and this Government wants to appear “tough on crime.” So what shallow and foolish bit of legislation could they be thinking of bringing forward to give them a good spin in the media…? Well, you don’t really need a crystal ball for this sort of prediction.

We are going to have legislation introduced where the Government knew it was so woeful and offensive that they forbade any submissions on the merits of it.

Do you know who the Government are trying to protect with legislation like this? Let’s weave through the smoke and mirrors, shall we? It certainly isn’t the community.

The tragedy of people being sentenced to ridiculous penalties for crimes that deserve lesser sentences will become apparent to all.

The community does not become safer by locking someone up for 10 years who has grown 10 marijuana plants and drifted over the commercial quantity. Or for 5 years or for 3 years. The problems are just compounded. The discretion of a Judge to impose a sentence that is fair in all the circumstances is a hallmark of our justice system.
Introducing baseline sentences will not give any relief to an already over-stretched Court system. If there is a baseline sentence of 9 years for a culpable driving I don’t anticipate anyone would want to plead guilty if they have any hope of defending their case. Baseline sentencing will result in more trials and longer ones.

Baseline Sentences force the hands of decent Judges who are compelled to impose sentences that they consider serve no purpose. As an example; an immature kid of 18 has a consensual sexual relationship with a 15 year old for a year. After the relationship is over the mother of the younger child goes to the Police to make a complaint. They deserve some punishment. But do they deserve 10 years in gaol? These are the sort of penalties that a baseline sentence will impose for a persistent sexual offender. Sentencing strikes me as sometimes being an incredible burden for Judges. Imagine having to impose such an appalling sentence on a young kid.

The populace will still whinge and moan after the introduction of baseline sentencing. They will protest regardless of what the baseline is; “What? they only got 10 years for doing that crime? They should have got life.” You can only stop the ill-informed by educating them about the Court system.

State finances will be impacted. We will pay tens of millions over the long haul because of these silly laws.
The only people benefitting from the introduction of these ill-thought and frivolous policies are the politicians in their endeavours to grab some cheap media headlines.

The same politicians who, in their attempt to stir up outrage, may point at people like me (and a couple of you as well) and say, “If they don’t like it we are doing the right thing”.

And, also, the same Liberal politicians who did not have the guts to get submissions about the merits of this idea.
You know the ones. Those who like to claim to be “tough on crime”. This isn’t tough. This is the soft option. It is the Claytons approach to a justice system. And just like a swig of faux whiskey, will leave a bad taste in the community’s mouth for many years to come.