Home » Criminal Law » As the push for a public sex offender register presses on, the pursuit of reason is lost

As the push for a public sex offender register presses on, the pursuit of reason is lost 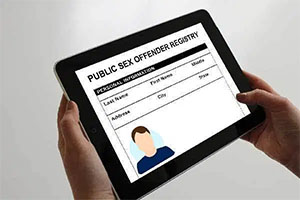 With the Coalition Government being returned to power at the recent Federal Election, the push for a National Register of Sex Offenders appears likely to gather momentum.

Championed by Peter Dutton, the public register would be accessible to members of the public and include information such as a sex offender’s name, date of birth, photograph, physical description, the nature of their previous sexual offending and their general location (such as a postcode).

Whilst Mr Dutton has described the motivation behind the proposed reform as “the protection of our most vulnerable”, the clear intent of the proposed reform is to ‘name and shame’ offenders on the Sex Offenders Registry whilst appealing to populist notions of retributive justice.

The scheme is modelled on the approach taken in states of the USA, where personal information in relation to sex offenders has been publicly available for several decades.

Putting to one side the difficult prospect of getting the unanimous support of the States for such a scheme, there are other fundamental problems with this proposal. The most significant issue is that the scheme appears unlikely to provide any increase in protection to children from sexual abuse.

There is no empirical evidence from other jurisdictions to suggest that such a Register of Sex offenders will reduce the rate of offending against children.  Indeed the Australian Institute of Criminology (AIC) in their 2018 research paper on this issue observes that public registers of this type do not act as a ‘specific deterrent’ to those with a prior history of child sex offending and therefore reduce recidivism in this type of offending.

Any deterrent impact, according to the AIC would be limited to a modest beneficial impact in ‘general deterrence’ – i.e., to those in the general public.  Even these very limited positive results ought to be viewed with some caution according to the AIC, given the small sample sizes associated with that research.

What the public register proposal conveniently glosses over is the fact that in the clear majority of cases of abuse against children, the person who offends against the child is someone well known to the child and quite often is a family member. Furthermore, it is often the case that an offender will have no criminal history and would not be subject to prior inclusion on the register.

The existence of a public register in these scenarios simply has no discernible value to the community.  For the same reasons, the proposal would not assist law enforcement agencies to detect or prosecute the great majority of examples of this offending.

Let’s not forget that a register of those charged with sex offences (against children and adults) already exists and enables Police to keep tabs on the movements of such offender and specifically their interaction with children and others.  This cohort of offenders is already scrutinised and kept under watch – sometimes for life.  Appropriately, however, these registers are not for public access.

When assessing the merits of a public sex offender register, one also has to look at the possible negative impacts of such a scheme. The most obvious are the potential impacts on privacy, the stigmatisation of the offender and the damage to their post-release rehabilitation.

Former Senator Derryn Hinch has previously told the ABC that “if you rape a child – you lose your civil rights”. In the sense that a significant gaol term (and the loss of civil rights and liberties that entails) will invariably be imposed for this type of offending, then Derryn may have a point – but our system of justice does not generally deal in absolutes and doesn’t operate simply to punish alone.

It is of significant value to the community that an offender is supported post-release, not further stigmatised. How we best manage the ongoing rehabilitation of sex offenders and their reintegration back into society is what Mr Dutton should be focusing on.

If we pose further roadblocks to that rehabilitation – if we prevent these people from becoming part of the community, from gaining access to employment and supports due to a fear of being identified as a sex offender, then we perpetuate their ‘otherness’ and separation from the rest of the community.

How does this keep our children safer?