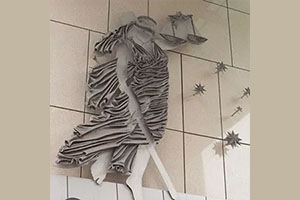 The thing about working in the justice system is the amount of injustice we also see. Law reform is an interesting concept as creating a single-shaped peg to fit a plethora of different-shaped holes is never going to work. We see so many people just fall through the cracks.

As a criminal lawyer, once in a while something happens that makes you think, this time they’ve got it right.

This time I refer to the Assessment & Referral Court (ARC) List that has been established by the Magistrates Court of Victoria and the Department of Justice under the Magistrates’ Court Amendment (Assessment and Referral Court List) Act 2010. It is now just entering its second year of a 3-year pilot program. And it should remain after that.

The ARC List services accused persons with a mental illness or cognitive impairment who were previously shuffled through the Court system without any consideration for their needs or circumstances. The List works collaboratively with the Court Integrated Services Program (CISP), providing case management to participants, which may include psychological assessment, referral to welfare, health, mental health, disability, and/or housing services and/or drug and alcohol treatment.

Cases heard by the List will be pre-sentenced, with the accused’s criminal proceedings adjourned until the final stage of their involvement in the List. They are each assessed and given an Individual Support Plan, with regular appearances before the List Magistrate to discuss and monitor their progress.

What we are seeing here is the necessary push to understand the myriad of underlying behavioural and psychological issues that factor into offending behaviour. Previously we were trying people through the criminal Court system who just did not belong there. By directing these individuals to appropriate treatment, we are endeavouring put an end to the cycle. Sending them to prison where they will receive no treatment or support only seeks to increase their chances of engaging in the same behaviour that led them to offending in the first place.

And also, hopefully, we will see a reduction in the amount of offenders with mental illnesses sent to prison by a system that just seemed to have no other place for them.