Appearing in the Coroner’s Court 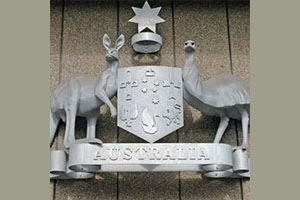 Having to appear in the Coroners Court, on behalf of an interested party, can be a stressful and emotional experience. Usually, you are dealing with the family of a loved one who has died in suspicious or unusual circumstances – and they want answers.

The Coroners Court is regarded as an important and independent method of investigating deaths and fires for the purposes of finding the causes of those deaths and fires. At the conclusion of an investigation the coroner may make a finding of fact related to a death or fire and, where appropriate, can make recommendations to relevant parties or organisations encouraging them to make changes to their practices and/or procedures. It is important to note that it is not the coroner’s job to find someone guilty of a crime; nor are they entitled to find that someone should face civil proceedings. The coroner can, however, refer a matter to the Director of Public Prosecutions if they are of the opinion that a serious offence may have been committed in connection with a death or fire.

An example of how a coroner can make recommendations came very recently when a New South Wales coroner made recommendations to the Immigration Department in relation to the way they monitor the mental health of immigration detainees following the suicide of a number of detainees at Villawood detention centre throughout 2010. The coroner pointed to what she described as systematic failures in the care of detainees at the detention centre, citing “startling examples of mismanagement” and found that staff “were completely unprepared and untrained in dealing with [detainees with mental health issues]”. She recommended that Villawood place a psychiatrist in charge, and that changes be made to the way mental health services are structured at the centre.

The Coroners Court, being a specialist court, is run very differently to the way that other Courts are. It uses an inquisitorial system, meaning that the coroner takes on a more investigative and information-seeking role, and actively controls the proceedings. Amongst other things, the role of the coroner includes: conducting the investigation; requesting the presence of certain witnesses at a hearing; asking questions of witnesses (including requiring witnesses to answer the questions put to them even if the answer may incriminate them); obtaining reports from medical and other experts; and, discussing the case with investigators and witnesses.

The Coroners Court Act 2009 introduced new procedures for practitioners and others appearing in the Coroners Court, and has attempted to provide a more streamlined and simplified approach to coronial inquests and investigations. For practitioners intending to practice in the Coroners Court it is essential that they familiarise themselves with not only the inquisitorial way in which the court is conducted, but also with the practices and procedures, which differ from those used in courts such as the Magistrates’ Court.

A “reportable death” is one that must be reported to the coroner and includes deaths that, amongst other things, are unexpected, unnatural or violent or resulted directly or indirectly from injury or accident; that occur following a medical procedure; that occur after a person was placed in police custody or care; that occur in the mental health care setting (either the person was an inpatient in a mental health facility or subject to a non-custodial supervision order); or, the death of a person whose identity is not known. In terms of fires, a coroner can investigate a fire regardless of whether a death has occurred.

Although suspicious deaths are usually reported to the coroner by police and medical staff, if someone (i.e., a family member) believes that a death is suspicious they can contact the Initial Investigations Office (IIO) attached to the Coroners Court. The IIO is a 24-hour-a-day, 7-day-a-week service that takes initial reports of deaths as well as assisting in determining whether a death is reportable to the coroner. The IIO is particularly helpful in helping grieving family members deal with the coronial process. Once a death is reported, the police will often assist an investigation by preparing an inquest brief, which should contain a statement of identification of the deceased person as well as reports and statements (evidentiary or otherwise) that are deemed relevant to the investigation.

Interested parties are allowed access to the inquest brief prepared by police. The coroner alone determines whether someone is an “interested party” and may grant leave for a person to attend an inquest if that person has sufficient interest in the inquest and it is appropriate for the person to be an interested party. Several types of relationships may give rise to “sufficient interest” which would allow a person to attend an inquest as an interested party. Examples include a person closely related to the deceased (e.g., spouse, parent, child, de facto partner); the employer or a person killed in the course of employment; the teacher of a student killed on a school excursion; any person who may have caused or contributed to the death; any person who may reasonably anticipate that the coroner may make a finding adverse to their interests. There is nothing in the legislation or in common law that clearly defines “appropriateness”. Factors that a coroner may consider in determining appropriateness include, but are not limited to, whether or not the applicant is to be represented by competent counsel and what specific role the applicant seeks to play in the inquest; and, the degree of the applicant’s expertise or experience in a particular matter.

An inquest is a public inquiry held by the Coroners Court in respect of a death, fire or multiple deaths/fires. The purpose of an inquest is to establish the facts of what occurred, with a view to improving public health and safety. During the running of an inquest, the coroner is not bound by rules of evidence that apply in other types of Court proceedings, but they are bound to act independently and according to evidence that is relevant.

A finding is the formal ruling made by a coroner following an investigation. There are two types of findings: “findings with inquest” and “findings without inquest” (sometimes called a “chambers finding”). A finding without inquest is where the coroner considers all of the information provided to them but does not conduct a public inquest. Depending on the complexity of the case, it can take some time for the coroner to deliver their findings. Unless otherwise ordered by the coroner, findings, comments and recommendations following an inquest will be published on the court’s website: www.coronerscourt.vic.gov.au.

Any person can apply to the court for an order setting aside some or all of the coroner’s findings. The court can set aside some or all of the findings and order that an investigation be re-opened if the coroner is satisfied that there are new facts and circumstances in relation to the case and that it is appropriate to do so. If a coroner refuses to re-open an investigation, then a person has the right to appeal to the Supreme Court provided that they do so within three months of that refusal. A person who has sufficient interest in an investigation, or an interested party, has the right to appeal directly to the Supreme Court against the findings of the coroner (without having to wait for a refusal) provided they do so within six months of the date of the finding.